Microsoft's recent strategy change in regards to product launches - or to be more precise - to public relations during product development has been successful so far. The company related public beta versions of popular Microsoft software like Microsoft Office 2010 or Windows 7 to a worldwide audience.

One of the latest betas available for download is Microsoft Office 2010. Microsoft's upcoming Office suite can be downloaded and tested by users worldwide.

Microsoft is offering two Office 2010 editions for download: Microsoft Office Professional 2010, and Microsoft Office Home and Business 2010. The main difference between those two versions is the number of applications that are made available to the user:

Both editions of Microsoft Office 2010 can be downloaded from the same website: 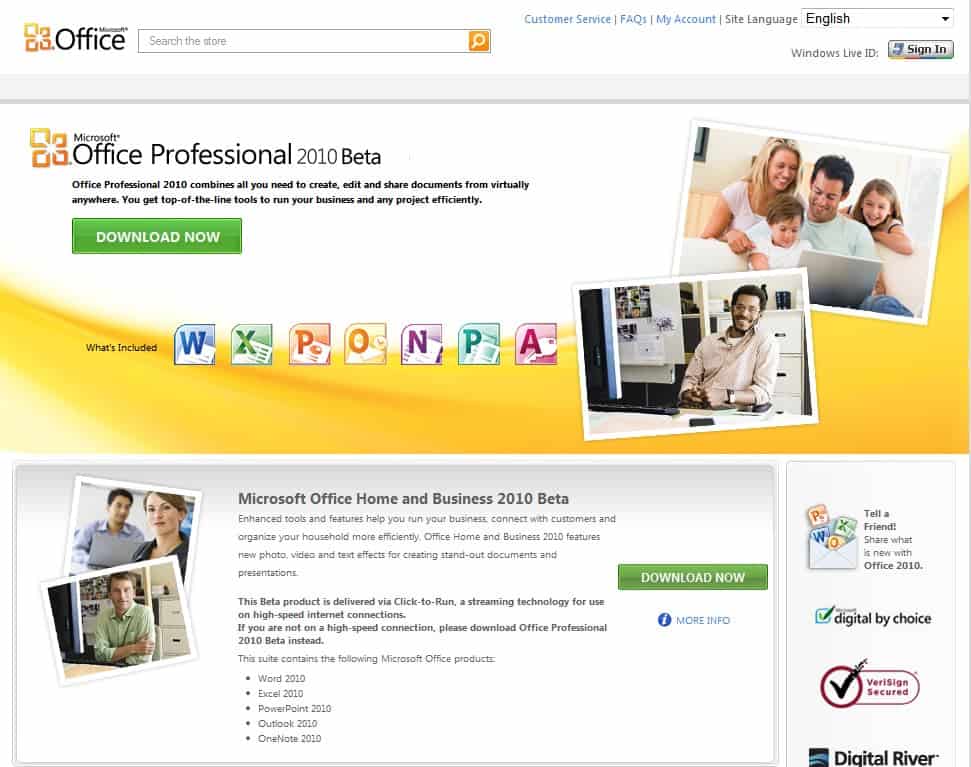 A click on the Download Now button (there are two on the page) determines which version of Office 2010 gets downloaded to the user's computer.

A Windows Live login window is displayed after making the selection. A new account can be created in the same window if necessary, and a web installer will be downloaded in the final step.

This installer has a size of a few Megabytes and will download the full Office 2010 package. The Office 2010 product key is displayed on the same page containing the download link to the web installer. 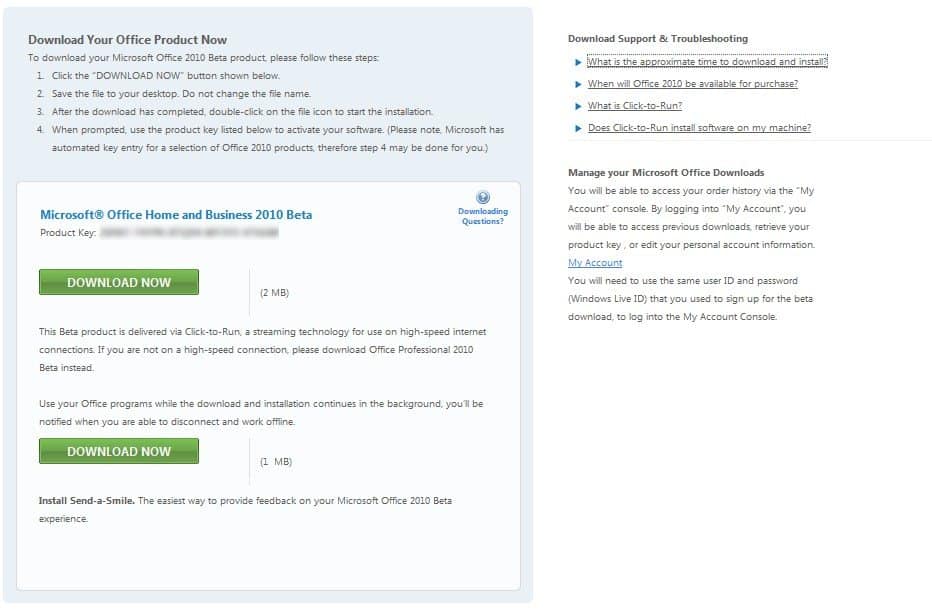 Office Home and Business 2010 has a total size of 600 Megabytes while Office Professional 2010 adds another 200 Megabytes on top of that.

Update: Please note that the beta is no longer available. Microsoft Office 2010 has been released, and been replaced by newer versions. While Microsoft is not selling Office 2010 anymore, you may still grab a copy on third-party marketplaces such as eBay.