Manga are very popular these days both in the "real" world but also on the Internet. There are lots of places where Manga fans can read Manga online.

Websites like One Manga or Manga Fox are popular locations to read the latest Manga online. Some users on the other hand prefer to download Manga to read them on their local computer system.

Update: MangaMeeya is no longer available. We suggest you check out Free Manga Downloader instead. It is a free downloader for more than a dozen of sites supporting all the features, and more, that the retired MangaMeeya supported. We have uploaded the latest version of MangaMeeya to our own server however. Please note that we don't support it in any way, and have only uploaded it for archiving purposes. You can download MangaMeeya with a click on the following link: mangameeya.zip

MangaMeeya is a very sophisticated Manga reader for the Windows operating system that is offered in an English and Chinese version.

The software can display Manga in single files, folders and even those that are posted online making it a universal reader. Several image formats (BMP, PNG, GIF, JPG) are accepted as well as archives like RAR, ZIP, CBZ, CBR which are often used to pack chapters or even entire series into a single file. 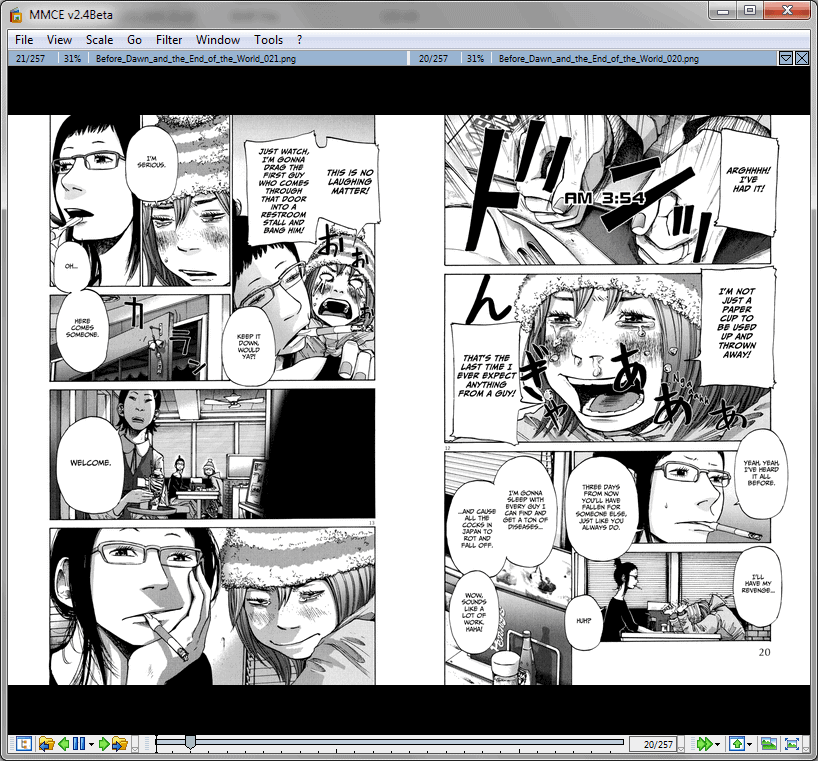 The Manga reader can display one or two pages of the Manga in its interface and supports a variety of scaling and quality options.

The Manga itself can be read by clicking the left or right mouse button (for and backward), using the controls at the bottom of the screen, running a slideshow or using keyboard shortcuts.

All of the operations in the reader from opening Manga to browsing them are very fast. The reading direction is from right to left.

0MangaMeeya is a portable software program that many consider the best Manga reader out there. Users who spend some time using the software notice that there is a lot to explore like different view modes, scaling and filtering options, bookmarks, sort order or a huge list of options.

MangaMeeya can be downloaded from the developer's website where it is available in English and Chinese.