Winzip 14 is a file compression software for the Windows operating system. Veteran computer users may know Winzip from back in the days as it was one of the first software programs that came with an intuitive graphical user interface. Winzip has come a long way since then which is for instance reflected by the fact that the developers have released version 14 not long ago.

Unlike its name might suggest Winzip 14 is not only compatible with zip files but with the most popular compression formats including rar, 7z, gzip, tar and disk image formats like iso or img. Winzip, since the release of version 12.1 even comes with its own zipx compression format which reduces the file size of archives further. 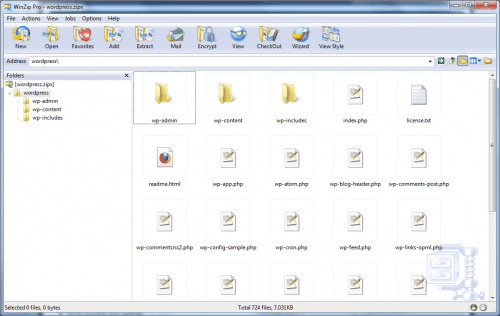 Winzip 14 integrates nicely into the Windows operating system after installation. Actually, the installation is giving the user control over the level of integration. It is possible to add Winzip to the right-click context menu of Windows Explorer which can then be used to compress and process selected files without having to open the program first.

The main interface can be started in classic or wizard mode. Classic mode gives the user total control over the interface while the wizard aids the user in performing popular tasks like creating a new zip file or zipping important documents. 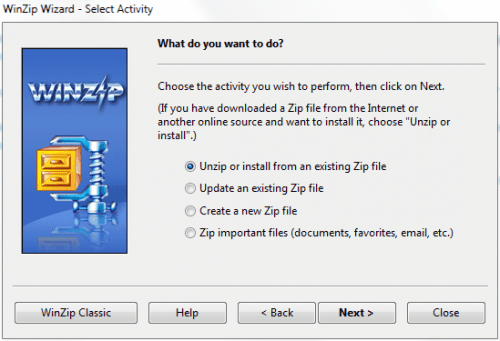 Winzip 14 comes with full Windows 7 support which includes jumplists and a progress meter in the taskbar when Winzip is active, a preview pane in Windows Explorer that can be used to preview contents of supported compression formats as well as library and touch screen support. 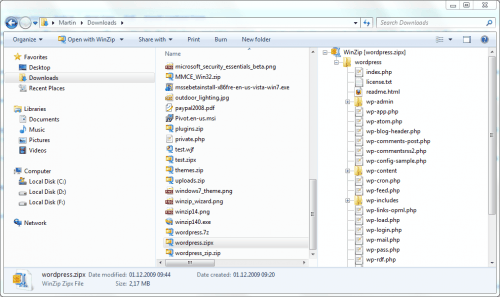 Winzip 14 is actually more than just a file compression software as it offers file encryption, file backup and sharing options as well. Here is a list of the some of the features that Winzip 14 provides:

One of the biggest improvements in Winzip 14 are jobs that can be created. Jobs make it very easy to run specific tasks with the option to schedule these tasks so that they are run regularly.

Winzip 14 comes with several preconfigured jobs that include zipping the My Documents folder, all Windows 7 libraries, the Pictures library only or zipping My Email. 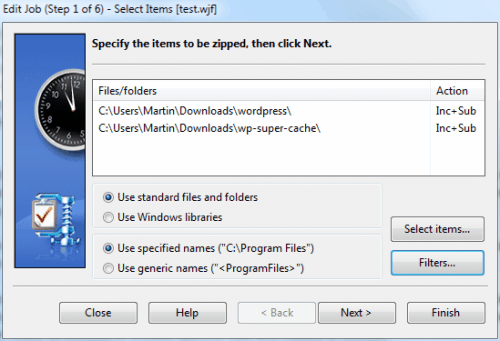 The user then selects the type of job which ranges from a simple compression of all files and folders to differential or incremental data backups. 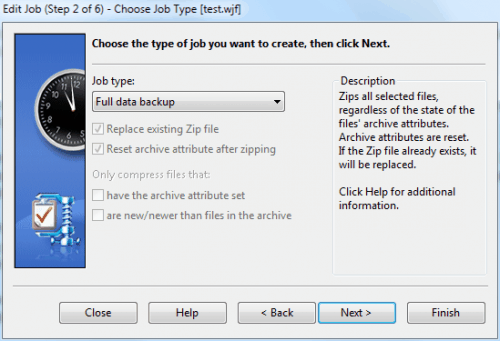 The compression, encryption, folder info and size limits (to span and split files) can be configured in step 3. The password encryption supports up to 256-BIT AES encryption but can also be configured for maximum compatibility which would make the encryption weaker but more compatible.

The job can save the contents to a folder on a local or remote hard disk or on removable media like CD or DVD. The last step reveals additional storage options (ftp or email) and can also be used to schedule the created job.

Winzip 14 makes it very easy to create these jobs which are mainly used for backing up files and folders (regularly). It can on the other hand also be used to sync folders or to send emails to a recipient regularly.

Registered users of Winzip 14 can download the WinZip Command Line add-on which enables them to use Winzip from the command line and in batch files. Winzip 14 has a definite advantage when it comes to features that it offers in addition to the core file compression module. Especially the data backup and sharing options (email clients) make it a very interesting choice.

A trial version of Winzip 14 can be downloaded from the main Winzip homepage.