As I said in my last post, the iPhone has been hotter than usual these past few days. With new carriers entering the foray globally (read the UK), the scene has gotten just that much more interesting.

Since no one can claim that they have put stuff in the iPhone that the other guy cannot have, they can only win based on the strength of their own networks. And the apps just keep pouring in.

We have two new apps to talk about in this post. Get to the other side for more.

As you might know, Orange UK has recently started selling the iPhone and in response to this new competition Vodafone and O2 have gone in to defense mode. To keep more customers on its side, Vodafone sent out an email to all those who had registered with the carrier prior to the iPhone release, in which they claim that their’s is the network that is the fastest for the iPhone. 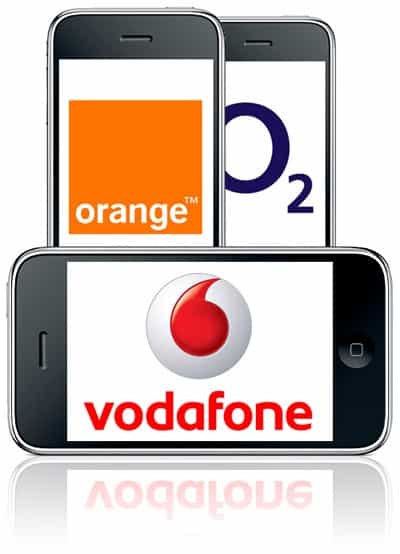 In a slightly surprising move, O2 has begun offering an unlocking service for the iPhones. No, they are not going to hack any iPhone you bring in but they will unlock their own iPhones at the end of a contract. They are going to charge a £15 fee for it and they are also warning that the process might take some time, as long as up to 14 days. Even though they are charging for it, it would seem like they are trying to ring up some customer good will by doing this. Once they have unlocked the iPhones, the customer can insert any SIM card in to their iPhone and start using it legitimately.

O2 has also asserted that they have seen tremendous growth in their data network. According to the company -- data usage on their network has grown 20 times in the last 12 months, doubling every 4 months. They are also offering free home broadband to people who buy into the tethering option to use their iPhone as a wireless modem.

Analysts have also been quoted saying that the iPhone is the best way to make customers pay more, even in this recessive market. But Vodafone is surely on the right track because what iPhone users mainly want is network strength. They are paying an awful lot to get the connectivity and hence they expect a lot in return. [read]

Orange has only just started selling the phone, so it is too early to say anything about them. But as far as the response goes, it has been extremely positive. The company has tweeted saying that they have recorded more than 30,000 iPhones on the very first day. For a phone that has been launched months back, this is really good indeed. The Droid has sold 100,000 units through the first week and it is a newly launched phone that has gotten positive reviews. Orange’s free film-themed app has also received a lot of success, hitting the number on spot in the entertainment category and the number two spot on the free apps category.

Hilton iPhone Apps To Give You More Choices 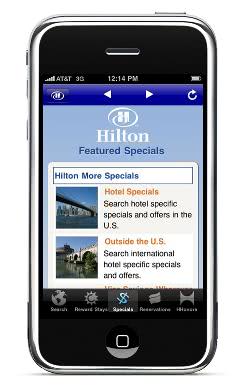 Guests of the Hilton hotel might soon be able to check in remotely and have food waiting for them when they arrive through multiple apps being launched by Hilton. I say might because once they reveal the app, it will still have to go through the App Store’s approval process. These apps are going to give you many more options and will “help you manage your stay.” [read] 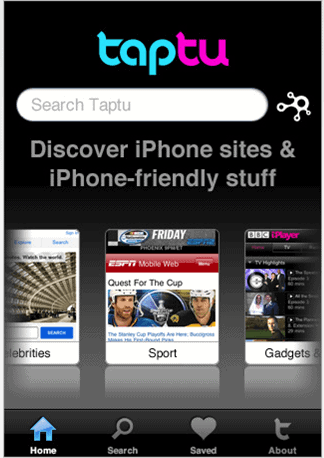 Taptu is already well loved for their friendly mobile-searching app and now they are about to kick things up a notch. They have partnered with the real time search engine OneRiot to bring you search results as they are unfolding across the web. [read]