One cannot really deny the fact that Google is constantly working on new features for their popular online services like Gmail or Google Docs. The latest feature is currently available as a demonstration only and not yet integrated into Google Docs. The Google Docs OCR demonstration can OCR the three image formats jpg, png and gif. Google lists the following limitations that are currently in place: 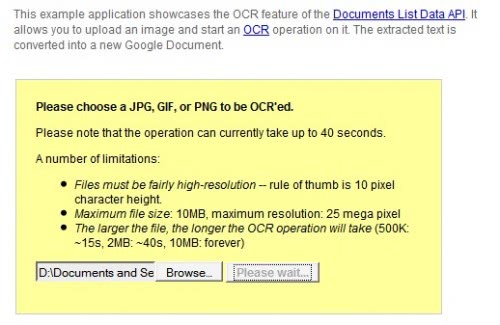 Supported image formats that are uploaded on the demonstration page will be turned into text documents and displayed in Google Docs once the process has been completed. The quality depends largely on the quality of the image. It is usually necessary to look over the text and correct errors that have been made during character recognition. Google Docs helps in the error correction by underlining unknown words in red in its interface. It still takes some time to correct the errors.

Update: Google has shut down the test server, so that the demonstration page is no longer available. The OCR feature has however been implemented into Google Docs, at least when it comes to pdf or image file formats that you upload to Google Docs. 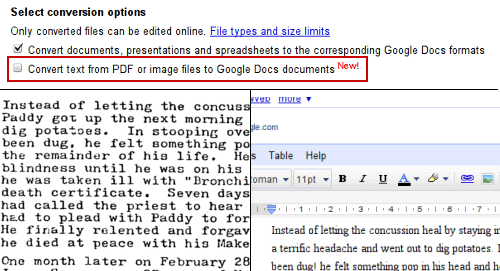 The support of image file formats basically lets you use the service with any type of document format, as you could make a screenshot and upload the image file to use Google Docs' OCR feature.