Office Web Apps could be Microsoft's answer to Google Docs. Their intention is to offer the most popular Office applications like Word, Excel and PowerPoint, for free online as web applications giving users the chance to work with new and old documents on the Internet without the need for an Office installation on the computer system they are currently working with.

Instead of having to wait days, week or even months before they get accepted users can do the following to get instant access to Microsoft's Office Web Apps preview.

It starts by logging into Windows Live Skydrive. Users who do not use English as their main language might need to change the language to English first before they can continue with the process.

Upload at least one Office document. The following screen should appear after uploading that document: 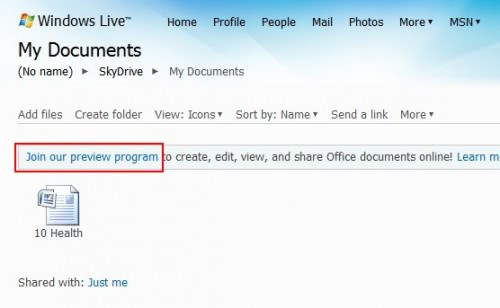 A sentence with a link to join the preview program should be visible above the uploaded document. A click on that link will open a license agreement page. Accepting the license will automatically enable the Office Web Apps Technical Preview for that account. 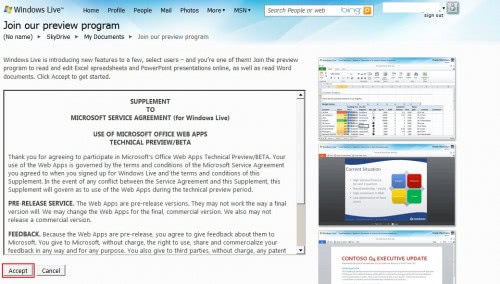 A new menu entry will be displayed in the header afterwards called new. A click on that opens a submenu with options to create a new Microsoft PowerPoint presentation, Microsoft Word document, Microsoft Excel workbook or Microsoft OneNote notebook. 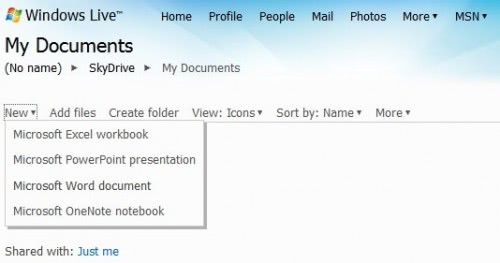 Only Excel workbooks and PowerPoint presentations are available at this moment in time. It is also possible to edit Excel and PowerPoint files that have been uploaded. Files that can be edited will have an Edit option in the top menu indicating that. via Liveside