Update: The browser extension for Firefox has not been updated since 2009. It is not really needed anymore as Google has integrated its Drive service in Gmail that you can use to store and share photos and also other files.

You can upload files directly to Google Drive that you want to store online. All of the files you upload this way can be sent using Gmail. Update End

Google has recently raised the attachment limit of emails that can be sent and received via their email service Gmail to 25 Megabytes. The storage that is offered to all Gmail users exceeds 7000 Megabytes now which makes Gmail an ideal service for a variety of applications.

We have already seen that it is possible to use Gmail as a backup storage space for important files. The GPhotospace application adds another possibility. It enables you to create virtual photo albums in Gmail that can be shared with users. Sharing in this context means that the photo albums can be sent to individual users which means they are added as an attachment.

GPhotospace is provided as a Firefox add-on which offers another functionality. Users who are invited can use the GPhotospace add-on to view the galleries online as well. 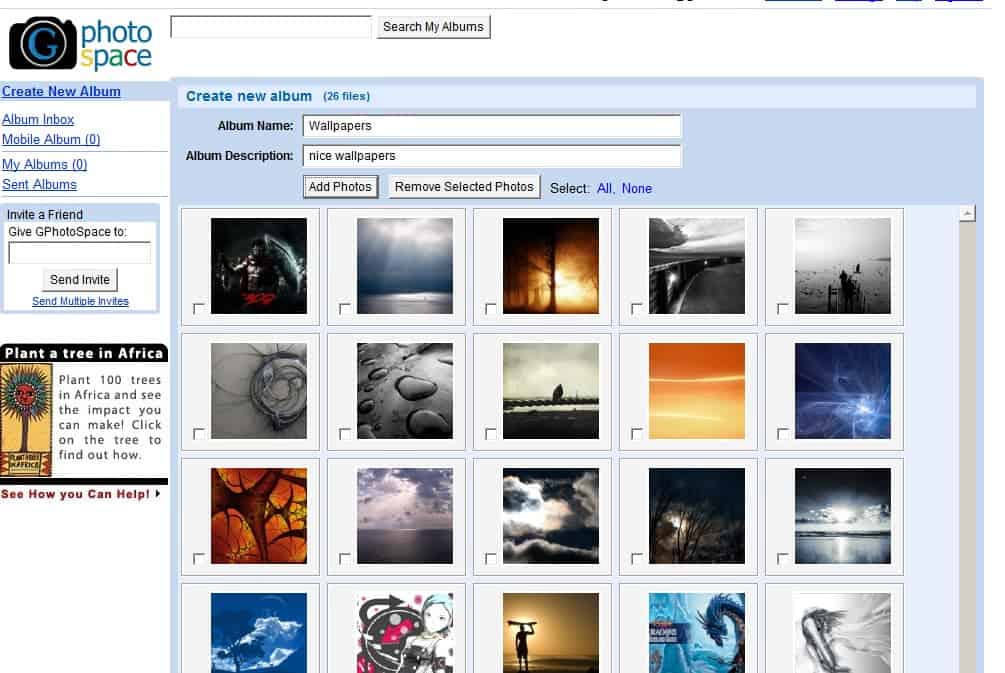 Users who do not like to share their Gmail account data with another application may want to consider creating a secondary account just for that purpose. The application can be launched from the Tools menu in Firefox once the add-on has been installed. There is also a standalone desktop application for Windows that does not require the Firefox web browser.

The GPhotospace add-on offers a fool proof way of uploading photos to Gmail with the ability to invite other users to see them. It can also be used as photo backup storage although it might make more sense in this case to send the photos as attachments directly to the Google Mail account.