Firebug is a very popular extension for the Firefox web browser that provides web developers with an immense set of development related tools that they can make use of on the website they are on right now.

Among the information is that it lists the files that get transferred when you connect to a website, detailed CSS and HTML information, JavaScript debugging and more.

The Firebug extension divides the screen in an upper and lower part with the lower part displaying the web development information and tools that users can interact with.

Update: Widerbug is no longer available, its developer retired the add-on in 2011. The rise of Developer Tools in modern browsers with support for various display layouts is probably the main reason for the decision. 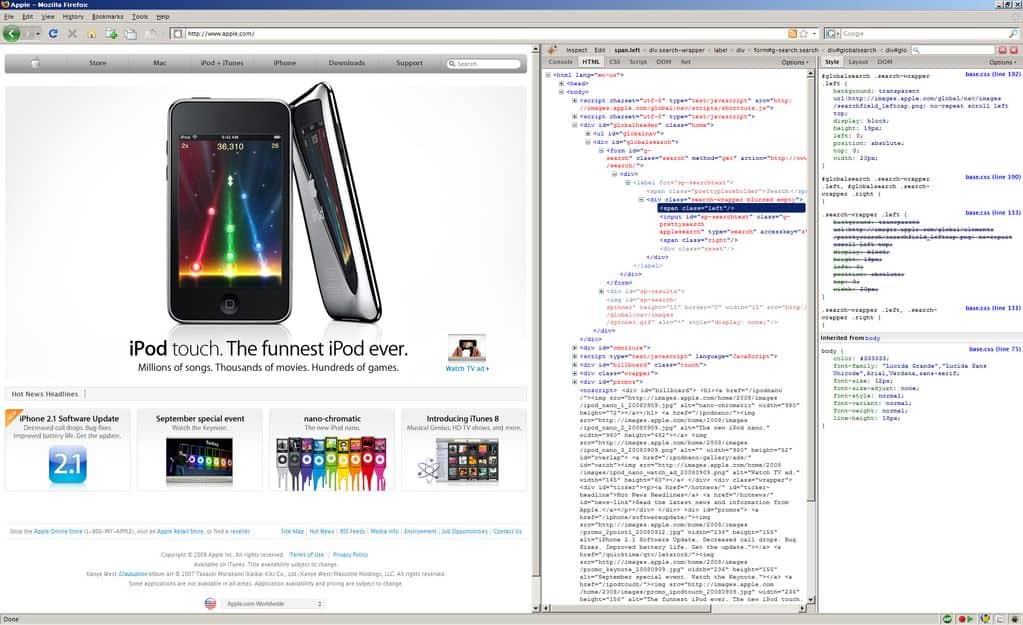 Widerbug is a tweaked version of Firebug that has been specifically designed for widescreen monitors. Instead of dividing the computer screen horizontally, it divides it vertically by displaying the Firebug information in a sidebar on the right side of the web browser.

This is good news for web developers who use widescreen monitors as it not only makes better use of the space but also frees up space at the bottom of the browser window which would have been used by Firebug to display the tool's interface there.

A previous installation of Firebug has to be uninstalled from the web browser before Widerbug can be installed to avoid complications. The web development application can then be installed and uses the same shortcuts as Firebug with the only difference that the tool is opening on the right pane and not below the actual website.

The only possible problem that users could run into are update delays as the developer of Widerbug needs to update the extension whenever Firebug gets updated to make sure the latest version of the add-on is supported.

Update: Widerbug has been discontinued as widescreen support has been added to Firebug. To make use of it click on the red window icon in the Firebug interface. It will detach the Firebug window from Firefox so that you can move it to the side of the browser window easily.

You can download the most recent version of Firebug from Mozilla Add-ons. Note that you need to install beta versions of Firebug if you run Dev versions of the web browser.