You need to click several times on the photo hosting website Flickr if you want to open a full sized photo from a page that displays the thumbnail image of it only.

The same is true for websites where Flickr thumbnails or images are embedded on. Users who like to open full sized versions of those thumbnail images can now use a Greasemonkey script with the name Flickr Link Original Images for the Firefox web browser or other compatible web browsers. It allows you to open full size images of Flickr photos directly from thumbnail listings.

Update: It takes one more click to download images directly on Flickr. Middle-click on the thumbnail image to open its profile page in a new tab. There you find the download button which you can click on to select to download the image in one of the sizes that it is available in. End

The script displays a small ORG overlay in the upper left corner of each thumbnail which is the clickable direct link to the full image on Flickr. This does not work on all thumbnails but on most. Not working thumbnails are for example those where the uploade prohibited direct links.

A click on the ORG overlay opens the image in full size in a new tab in the web browser. Users might want to edit the allowed websites and pages of the userscript to add websites that they visit regularly where Flickr thumbnails get posted. The author of the script did include a handful of sites including Flickr obviously. 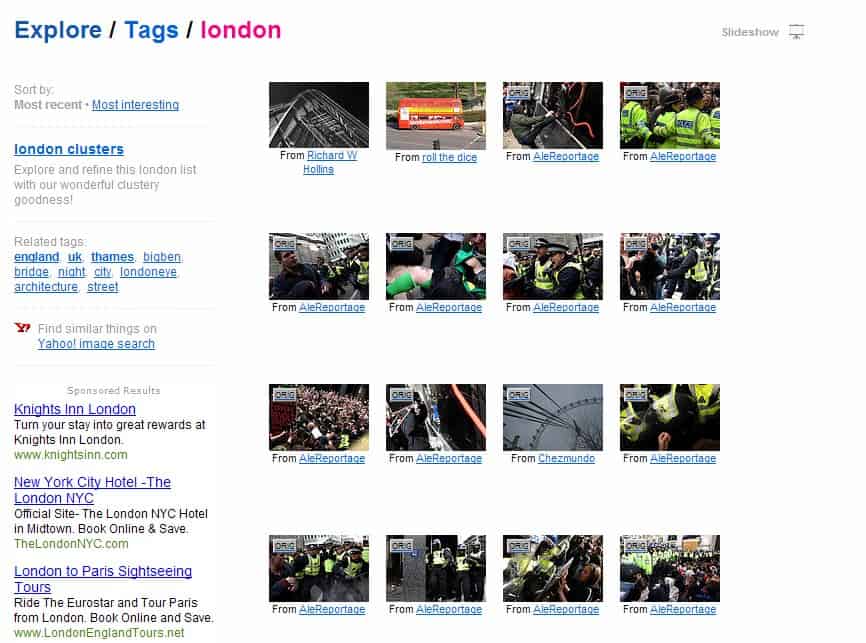 Update: The original userscript has not been updated in a while. You can alternatively download Flickr allsizesX instead which still works and displays the links to all sizes directly on the page the image is displayed on. While it may not be as comfortable as the original userscript, it at least provides you with direct links to the images to save some time.

Update 2: The alternative mentioned in the first update is no longer compatible with Flickr. You can try Flickr: Show all Sizes instead. It has been updated in 2014 for the last time so it is likely that it will stop working eventually as well.

Martin Brinkmann is a journalist from Germany who founded Ghacks Technology News Back in 2005. He is passionate about all things tech and knows the Internet and computers like the back of his hand. You can follow Martin on Facebook or Twitter
View all posts by Martin Brinkmann →
Previous Post: « Free Computer Magazine and Whitepaper Subscriptions
Next Post: Play with and understand WiFi Positioning System »