Should you run MSI or EXE Setup files?

Some software programs are unpacked to both an msi and an exe setup file. If you are an end user you may wonder which -- or both? -- to execute to install the application properly.

Chance is that you tried both ways at least once and noticed that clicking the msi or the exe setup file will both install the application properly. The setup.exe that you encounter in lots of software distributions is called a bootstrapper.

This setup.exe file will check if the computer system is capable of running the software program; If it is, it will initiate msiexec.exe which will launch the installation using the msi file.

Users who double-click on the msi file directly will also install the application but with the possibility that it will not run properly on the computer system.

Should you run MSI or EXE Setup files? 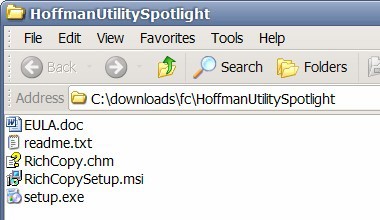 Take a computer program that requires the Microsoft .net Framework 3.5 for example. If that version of the Framework is not installed on the system, you may end up with a program that is not working properly on the PC due to the missing dependency. If you would have launched the setup.exe file instead, the program would have informed you about it, or installed the missing dependency directly on your computer so that the installed program would work just fine on it afterwards.

If you install the program using the msi file the installation will usually go through without issues either, but in the end, you may run into problems from applications that just wont start up at all to crashes or warning messages.

Rule of thumb: Unless you know what you are doing, it is recommended to use the setup.exe file whenever you have the choice between a setup.exe or an .msi file after you unpack a software installer on your system.

There are even some msi setup files out there that will not perform the installation upon execution but request an installation using the setup.exe file instead to ensure that all necessary components are installed.

Files with the msi or msp extension are Windows Installer Package files. You can read up on those files on Wikipedia if you are interested in finding out more about their capabilities.

Article Name
Should you run MSI or EXE Setup files?
Description
Find out if you should run the MSI or the EXE setup file if a program is distributed with both options to install it on a Windows machine.
Author
Martin Brinkmann
Publisher
Ghacks Technology News
Logo

Martin Brinkmann is a journalist from Germany who founded Ghacks Technology News Back in 2005. He is passionate about all things tech and knows the Internet and computers like the back of his hand. You can follow Martin on Facebook or Twitter
View all posts by Martin Brinkmann →
Previous Post: « Remove Old Windows Device Drivers
Next Post: Using Content Copying Websites To Your Advantage »