DVDScribe is an Open Source software that allows the user to burn images on Lightscribe disks. If you remember Lightscribe disks are specifically coated CDs and DVDs that can be utilized to produce laser coated graphics on the disks by using a CD or DVD burner that is supporting Lightscribe.

The first release of DVDScribe comes with a graphical user interface which can be used to select an image from the computer's hard drive to burn it to a Lightscribe disk. This could come in handy if your main disk burning application is not supporting Lightscribe media.

The image that has been loaded into the Lightscribe software can be zoomed, moved, rotated and stretched to fit the disk. Two other options include a grayscale and contrast filter. 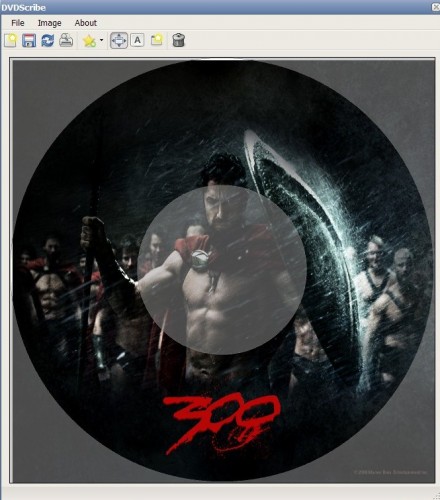 The Lightscribe images can be saved or printed to disk after adjusting the image. DVDScribe works surprisingly well despite its low version (0.0.0.2). If you got a Lightscribe compatible DVD burner you might want to give it a try.

Previous Post: « How To Quickly Open Folders In Windows
Next Post: « Pod To PC Transfers Data From iPods And iPhone To PC