Which Programs Should I Run To Scan A Computer For Malicious Software?

The amount of security applications for end users has reached a point where the choice is starting to confuse users more than it is helping. Not only are programs using different terms, it becomes increasingly difficult to find out how those terms differ from one another. Could you explain the different between malware, spyware, trojans, worms and viruses to a layperson?

So called experts all have their set of tools that they recommend for certain situations but it can happen that you get a set of totally different applications for the same task when you are asking two advanced users.

To give an example. Should a user run Ad-Aware, Spybot Search And Destroy, Spyware Terminator or one of the other dozen or so anti-spyware applications that can be used freely for personal non-commercial use.

Too much choice can be confusing and this article tries to narrow down the list to security applications that are recommended most of the time. Some users will disagree with the choices and they have every right to do so. You can rest assured on the other hand that the selection of tools should be sufficient to scan a computer system thoroughly

Spyware usually refers to malicious software that tries to spy on the user or serve advertisement while the system is running. This can be done with tracking cookies, changing the user's homepage or showing popups from time to time.

Anti-virus applications create probably the most controversy. There is so much choice of free and commercial applications so that it becomes nearly impossible to make a decision. The applications protect the computer in realtime and can scan the computer thoroughly.

Rootkits have been gaining popularity in the last years and one could say that Sony did not have a small part in raising the public's perception of rootkits with their music CDs that contained a rootkit in order to prevent customers from copying the music. 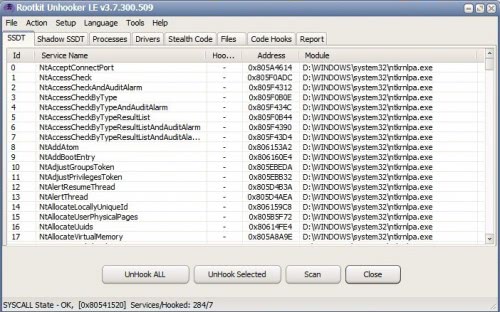 Is the list missing any categories? Would you put other applications up there (I know you would so let me know)?

It looks like Microsoft Excel has a new Macro-like vulnerability

Some Android app APIs have been putting users at risk