This is a premier for Ghacks, the first review of a Macintosh application.

Thumber is a software for Apple Macintosh (Mac OS X Leopard) that takes one second snapshots of a selected movie creating a single image file in the process. That's a simple concept which was probably taken from Cinema Redux by Brendan Dawes who probably mentioned it first in the year 2004.

The software only works with Quicktime compatible formats at the time of writing which is very limiting, even on a Mac where the format is more widely used than on Windows systems.

Basic use essentially means picking a movie and clicking on the Go button. There are some advanced parameters the user can play around with like thumbnail size, number of columns or snapshot interval.

Matthew Merkovich created a gallery of images that he created with Thumber including Black Hawk Down, Bulletproof Monk and Equilibrium. 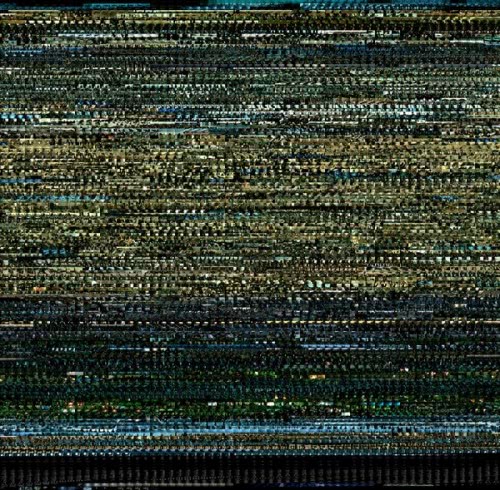 Falls into the modern art category, don't you think?

The practical use of Thumber is limited of course, as the default size of thumbnails used in the final image is just to small to identify any scene in particular unless you zoom in, and even if you do, it may not be enough to make out a lot.

Still, as art, this could work. But I'm not sure where you'd use it. Most movies generate too much noise so that they cannot really be used as background images on the system.

I guess you could print it out and put it on a wall somewhere in your office or home. May work if you are a big fan of a particular movie and like it that much that you like movie art as well.

The option to play around with capture preferences can be used to tweak this somewhat. You can increase the thumbnail size to improve visibility for instance, or change the capture interval to display less or even more thumbnails in the image.

Please note that the last update dates back to 2008. This means that the program has been abandoned by its author and that you should not expect new features or bug fixes for it. The download works just fine though, even though some other links on the developer page do not work anymore.

This includes the gallery unfortunately which offered samples of other movies.