If you play a lot of real-time strategy games then this will be very much of interest to you.

Wildfire Games is an independent game developer that is been around for nearly a decade now. Their sole completed project has been a mod for Age of Empires II called “Rome at War” which was successful enough to be featured on the cover discs of several PC Gaming magazines back in 2001.

Update: 0AD made huge leaps in past years. It is still in alpha release state, but you can grab a fairly advanced copy of the game for Windows, Linux or Mac devices from the developer website.

This success led them to begin work on a whole new project… a real strategy game created from scratch. A dedicated team of around 40 international programmers, designers and researchers have been working fairly consistently to create what may be the first freely available real time strategy game that does not have to hide behind commercial games of the same genre. 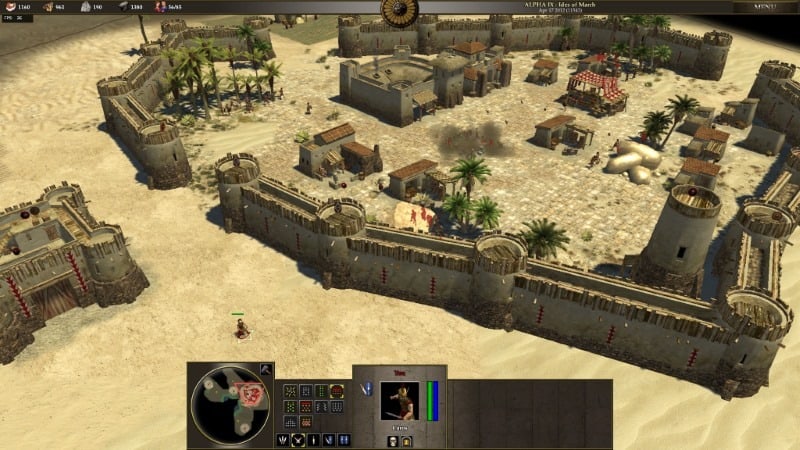 The project is called 0AD and will be released in two parts. Don’t expect to see it any time soon, however development is consistent and progressing. What has been achieved so far is a credit to the team and their talent considering the limited resources.

A few months ago I contacted Jason Bishop, the Project Leader behind 0AD and asked him a few questions about the project:

I think the most obvious thing everyone wants to know, is exactly what is the current state of 0AD. Is it in a playable state?

It is playable, though we are still working to include a few remaining features. We are working towards Alpha, at which point we have decided that the game is at a state that it could be tested in a closed invitation format.

What period of time are we looking at before we see a beta, or even an alpha release of the game?

We have two new programs that we are initiating this summer that will effect this answer. Depending on the level of success, we should be able to answer this question better for you by fall. At this point WFG is not prepared to commit to a release date for Beta.

Wildfire Games started in 2001 sometime, has it been hard maintaining focus, progress and a schedule over the years?

Very difficult. During such a great period of time with a voluntary staff you see new faces come and old faces go. The baton must be passed and it needs to be done as seamlessly as possible. The old hands on the project are no longer high school and college students and their time and schedule has been changed since they first started due to jobs, and higher education.