Mind maps are said to be the most effective way to plan things because they follow your thinking better than any other method can. I have serious doubts about the global truth of that sentence, but true enough, at times it can prove pretty useful.

The great thing about a mind map is that it shows you the relationships between separate entities in your thought process really well. It is in a form which you can overview and comprehend easily, even if you're looking at someone else's map. We have seen out share of offline mind maps, but bubbl.us has brought the technology to the web, injecting it with sharing goodness in the process.

In a very clean environment you can add balloons under or next to each other, create/delete links between them and change the layout and color in a jiffy. You can create a beautiful mind map in a few minutes, with lots of detail and value. The best part though is the ability to share them. 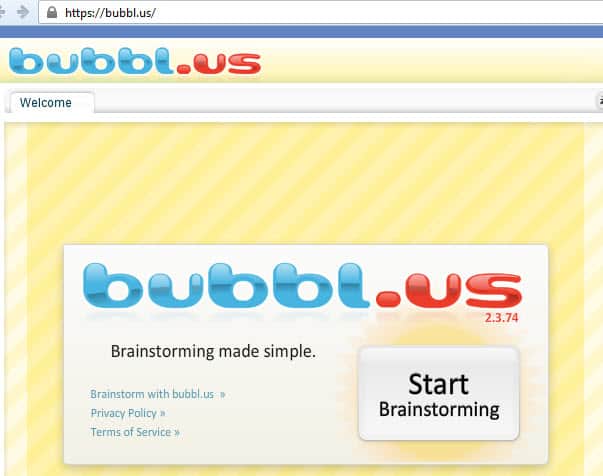 You are able to share and participate in other mind maps, bringing an extra round of creativity to the table. Effectiveness and productivity increases, since you can not only share your thoughts, but the trail of though, linking, back linking and so on between balloons. If you have a small project to manage, or a whole life I recommend you try this out, but as I said, I don't think this works for everyone.

What I particularly like about Bubbl.us is the fact that you do not have to create an account to create a mindmap on the site. While you need one for saving the mindmap, sometimes it is not something that you really need to do. This happened to me several times where I used the service to create a new mindmap that I took a screenshot of in the end.