Once the backup of the drivers has been created it can be imported again at any time using Driver Max again. This is great if you have to reinstall your system because you could update all drivers in one go with just one restart required afterwards.

Another application would be in companies that use the same type of hardware on many of their computers. They could use Driver Max to update all of their computers with the latest drivers speeding up the process. 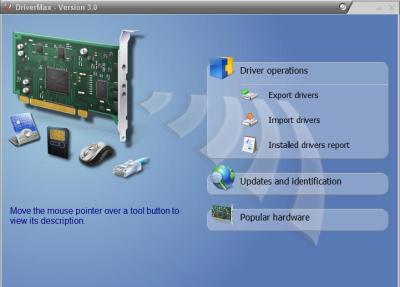 The 'Check for Driver Updates' function did not seem to work properly though. Nothing happened after clicking the button that is supposed to check if updates for my drivers exist. It could be that none exist but a short message that this is the case would be appropriate and less confusing for the user. 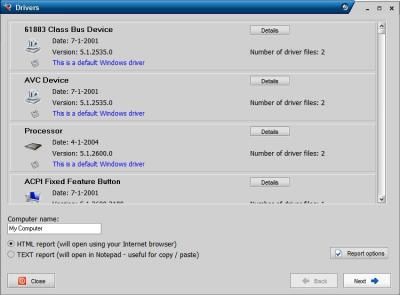 Driver Max supports all recent versions of the Microsoft Windows operating system including the recently released Windows 8 but not Windows RT where it can't be installed on. The program can detect internal and external devices and drivers needed to run them.