I'm sometimes surprised by the release of an excellent game created by independent developers. You can tell that those developers love their games which is probably the number one difference between games from companies who earn a living developing them, and enthusiasts who create a game out of sheer fun and passion.

I decided to name five of the most remarkable games that I have not mentioned before at Ghacks to give you a good choice of games to choose from. There should be something for everyone, we've got action games, a Zelda like RPG and a shooter. 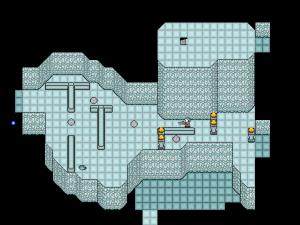 Ark is a action roleplaying game just like the old 2D Zelda games on the good old NES and SNES with very good storytelling and gameplay that lasts for about 10 hours. The game has a size of 20 Megabytes and is available for Windows only. 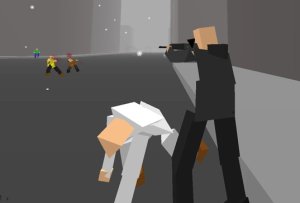 You play a bodyguard (with black shades) whose task is to protect the VIP dressed in white from all sorts of assassins, zombies and punks. The game is well done and lots of fun to play. Best of all, it is available for Windows, Mac and Linux. 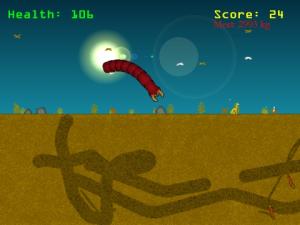 Death Worm is a fast paced action game that reminds me of games that I played on the Amiga back then in the last century. You play a death worm that is speeding through the desert sand trying to catch all sorts of animals, birds and humans that are walking on top of it. Great fun. Great shoot em up game with lots of extras and secrets. You have to get used to the controls first which usually takes a few minutes. After that it is a great innovative shooter with power ups, boss enemies and lots of fun.

Sumotori Dreams is surely an accomplishment if you consider that it only has a size of roughly 110 Kilobytes. It is basically a Sumo Wrestling type of game that can be played alone or with a friend. The real beauty are the often funny but realistic looking moves of the combatants.