Get the Vista Startmenu for XP

I'm not sure why someone would want to have the Windows Vista startmenu for Windows XP because I feel that the missing run box is not properly compensated by the search box. The look and feel are nice though and this might be the main reason why some users would consider switching to the new startmenu.

ViStart is one of the possibilities to change the Windows XP startmenu into the one introduced in Windows Vista. Unfortunately though the author did not add any kind of instructions or readme to the site or to the files that are downloaded. Making matters worse is the fact that there are two executables in the archive and it is absolutely impossible to tell which one to execute.

I decided to start the first one ViStart2490.exe and it worked so I did not test the second one named ViStart.exe as well. From what i can tell this could be working as well, they are probably different builds only.

After executing the file it took a few seconds until I was able to access the new Vista startmenu in Windows XP. It sure looks shiny and has all the transparency effects included. I was not really able to find out if there are some kind of options that you can access for configuring the start menu the way you can do it in Vista.

It is possible to easily get rid of the start menu again by simply opening the task manager and killing the Vistart process. 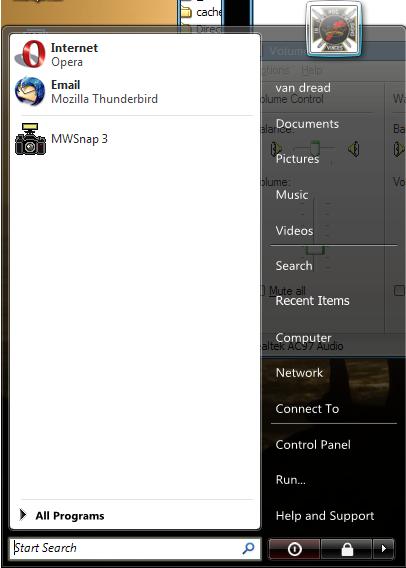 This basically means that the conversion is not permanent but only temporary.

Update: ViStart has been updated in recent time, it is now compatible with newer versions of the Microsoft Windows operating system as well. It supports both Windows 7 and Windows 8, and can add its custom start menu interface to those operating systems. It is a great option especially for users of Windows 8 who want the start menu back (in case you did not know, Microsoft removed the start menu from that system).

What may be even more important, the website includes a guide now that you can read through to get to know the program.

Another interesting option provided now is the skins section, which basically offers a set of skins or themes for the Windows start menu that you can apply to your system once you have the ViStart application installed on it.