I love Asian movies, especially the ones from South Korea and Japan which sometimes reach a quality that is on par with only the most exclusive movies from Hollywood. But there is more than Takashi Miike and Takeshi Kitano, just consider all the great Anime movies or television series that rarely make an appearance on Western television.

Crunchyroll is a video portal that makes available many movies from Asia including Anime, Music Videos and Drama which can be watched online after registration. While the video resolution is not the best, I personally think it is better to be able to watch them at all than only in high quality resolutions. Plus, most videos posted on the site have subtitles included which increases the value for us non-Japanese/Korean/Chinese speaking folks incredible.

There is however a way to watch them in better resolution. This is by donating money ($6 for a month) to the site owners which enables higher resolutions for the movies. But don't worry, the quality of the movies is good enough to enjoy them even if you do not pay.

What I really like about Crunchyroll is that all the navigation is in English making it much easier to navigate the site and find what you are looking for.

Crunchyroll has a lot to discover and offers some great value for its members. 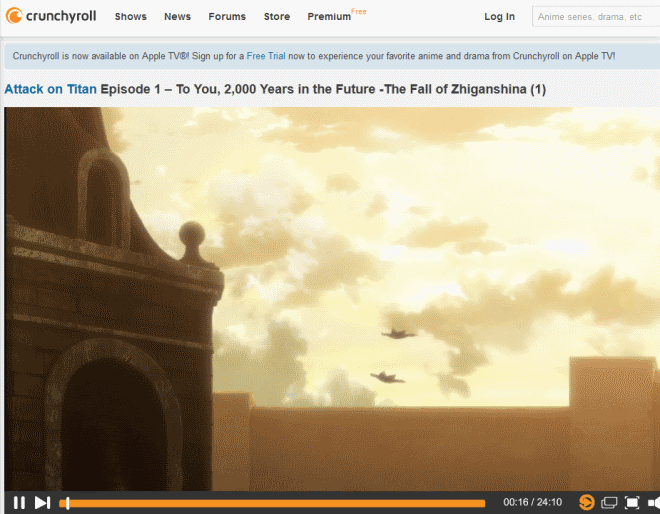 Update: Crunchyroll is now offering free accounts on the site. Non-members get limited access to the video selection. The site has created three subscription-based membership levels which provide access to all drama titles, all anime titles, and every title on the site. Subscriptions start at 4.99€ per month for the drama or anime plan, or 8.99€ for the complete membership. The site offers a two-week trial, and seems to have licenses the contents officially.

You can watch at least some of the videos directly on the site without having to create an account first.

The website is excellent if you like Japanese Anime or Korean Drama, especially since you do get the translations with every video that you watch on the website.

So, what kind of shows do you find on the site? Here is a short selection: