Seadragon and Photosynth are two new technologies that have been presented at the TED 2007 conference by it's architect Blaise Aguera y Arcas. Seadragon is basically a way to navigate seamlessly through a very large amount of image data. Blaise gave three examples during the presentation how the concept could help others in their work.

First, he introduced a 300 Megapixel image, then that the technology allowed him to to zoom into a complete book and lastly that it was possible to create new types of ads that would allow to zoom in and reveal details that would not be possible otherwise.

All three are interesting. Photo editors for instance may use the first to look through very large images without the wait time associated with the process even on fast modern machines.

Photosynth on the other hand can be seen as a technology that takes lots of images of an object and combines them to form a 3D model of that image. His example this time was Notre Dame in France. Images were taken from Flickr and you could see how they were combined to create the 3D image. Take a look at the video, it is really incredible.

To create the panoramic image, you need photos of a scenery that share data so that the program can recognize transitions between the photos to create the larger image.

Photosynth has been released for Apple mobile devices by Microsoft. The program can be downloaded free of charge from Apple's iTunes store to add the functionality to the smartphone. What's interesting in this regard is that the app displays the areas that are left to take photos of so that you can always be sure that you have all areas covered to create the panorama. 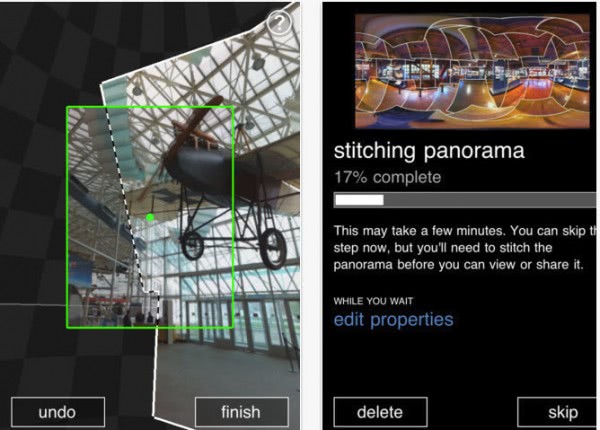 Google recently announced Photo Sphere for its Android operating system which will be built into the Android 4.2 version. It is basically the same feature that the Microsoft application makes available but will save the images as jpeg files with metadata included.