My participation in both the Joost and Bablegum beta phase has taught me several things about those social TV over Internet clients: they do add interactivity to the TV experience.

Users can chat about a TV show they are viewing at that moment or rate shows for instance. Both TV clients have one big disadvantage though that weighs much more than the new interactivity. Joost and Bablegum stream pre-recorded tv shows only, at least in this stage. There is absolutely no live content and the content that is currently offered is considered by many as B-Movie content.

Update: Both Joost and Bablegum are no longer available while Zattoo is alive and kicking. The service is available in six countries now, and users from those countries can download a desktop client to tune in, or a mobile app instead offering the same functionality.

Zattoo is available as a free offering that provides free ad-driven access to TV channels, and a subscription version that does away with the advertisement, and provides access to HD channels as well.

I was fortunate enough to get a temporary invite for Zattoo which is live TV on your computer.

This is a different and probably the better working method for now to stream TV content over the Internet. Zattoo is a European company which already has more than 300000 subscribers to their service and will soon become available in many European countries including Germany, Great Britain and France.

I was able to test an international version of Zattoo which allowed me to stream all TV programs currently available.

Those are the same TV stations that can be seen in Germany, , Britain, and Switzerland using a regular TV. Some of the stations that are currently available include: BBC Prime and World, Canale 5, France 2-5, ARD and ZDF and Rai Une to Tre.

Image quality of the shows is excellent, it takes a few seconds until all artifacts disappear but from that moment on it looks great. It is possible to watch the shows in fullscreen with a slightly better image quality than Joost or Bablegum offer at the moment. 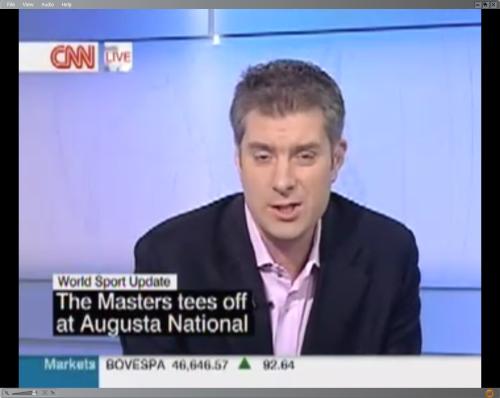 Zattoo is currently preparing launches in major European countries and if they will be successful they intend to expand to the American market as well.

I personally think that Zattoo is far more complete at this stage than Joost and Bablegum are. You can actually see live TV which includes for instance sports events like Champions League, the Olympics and Formula 1. It is also a great assistance in learning new languages. What could be better to learn French than to listen to French television?

Update: While Zattoo is still available, it has not really expanded into other countries in Europe or the world, and even moved out of France and Italy. The countries that were added are Spain, Denmark and Luxembourg.

If you live in these countries currently, or have access to a VPN with exit nodes in those countries, you can tune in and use Zattoo to watch live TV.