I'm a user of the Joost beta best and have currently one free beta invite that I can freely give away to one of my readers. To make it fair for everyone I have decided to select one of the readers who replies to this thread today. This ensures that everyone has the same chance to win the Joost beta invitation.

I will be getting more invites as the Joost beta progresses and will give them away as well.You are probably wondering about Joost and what it is all about before you decide whether you want to participate or not.

Joost is a new service on the Internet that aims to provide you with a better-than-TV experience on the Internet. You download their client to watch the shows that they offer using a broadband internet connection. The main advantage over television is the fact that it is more interactive as it integrates features such as search, discussion and chat or show ratings right on the screen.

Video Playback is done in full screen which looks ok. It is definitely not HD quality but the quality is good enough to enjoy the movie. 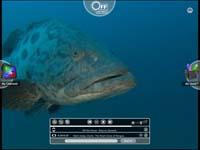 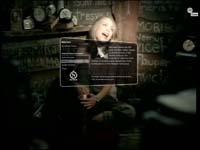 The current list of programs and shows is rather small which can surely be attributed to the ongoing beta test which does not require access to the latest TV shows. You get to see some documentations, sports and game shows which is a good start but can be viewed elsewhere on the internet as well.

I wish everyone best of luck, may the luckiest one win the beta invitation ;)

Update: Well this post has been covered by Technoratis Buzz TV, check it out if you like. Thanks Aaron for the coverage and the reminder by email.

Update 2: Joost has been taken offline for now, neither the TV client nor the website are functional right now. There is still a slight chance that it will come back at a later time as the site operators published on their site that the service has been paused and not completely abandoned.

Previous Post: « Copy data from and to a Microsoft Zune
Next Post: Add Divx support to your Zune »