Games for the Weekend Zelda Ocarina of Time 2D

I review about a new game that you can play on the weekend on every Friday of the week. This time it is a remake of a classic game: Zelda Ocarina of Time. The developer created a 2D version of this classic game which can be downloaded from the project website.

If you remember the original Zelda games The legend of Zelda for the NES or a Link to the past for the snes you may be in for a surprise. The game looks and feels a lot like those classic Zelda games which were always tremendous fun to play.

The file that you have to download is called OOT GB Demo. Please note that this game is currently a demonstration only, I'm not sure how far you can play at the moment, the author however is still developing the game which means that we can except a complete game to be released in the future.

The story follows Link, a young boy living with a race called the Kokiri, who is called by the Great Deku Tree and discovers he must go on a quest to amazingly stop a "dark stranger" who lays a curse on the tree, and eventually travels back and forth through time to help save Hyrule from destruction by the forces of evil. 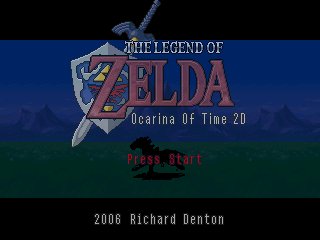 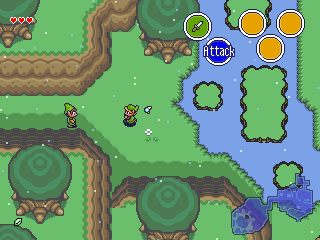 Enjoy this classic game, please note that you will have to create a save game first before you can start playing the game. Make sure you read the readme file that is included in the download to know about the keys that are used to play the game.

Update: You can download the latest version of Zelda Ocarina of Time from the forum the game was originally announced on. The latest version is still a demo, and it appears that the developer has stopped development in 2007.