Another site that offers TV streams for free

Wow, new TV-streaming sites seem to pop-up every day right now on the Internet. Everton from connected internet reviewed Streamick yesterday and I decided to add a review of my own as it is a nice site that you may want to add to your list of bookmarks to access it whenever you want to watch some TV on your computer.

Streamick at the time of writing offers more than 300 TV channels to choose from including the likes of BBC One, ESPN Star sports, CNN & several other news channels.

This is basically a collection of free streams that are available on the INTERNET which means that it can't really be compared to programs like tvu player that stream popular TV channels like ABC, Comedy Central and FOX when you run it.

Update (February 2016): Streamick is no longer available on the Internet. You may use services like Can I Stream It instead which provide you with an overview of streaming offers on the Internet. Most link to subscription-based services however.

If you want a service that streams TV directly, check out Stream2Watch instead which offers access to live TV and Sports that you can watch directly in the web browser. Functionality-wise, it is pretty similar to Streamick as you just need a modern web browser to start watching shows and sports events. 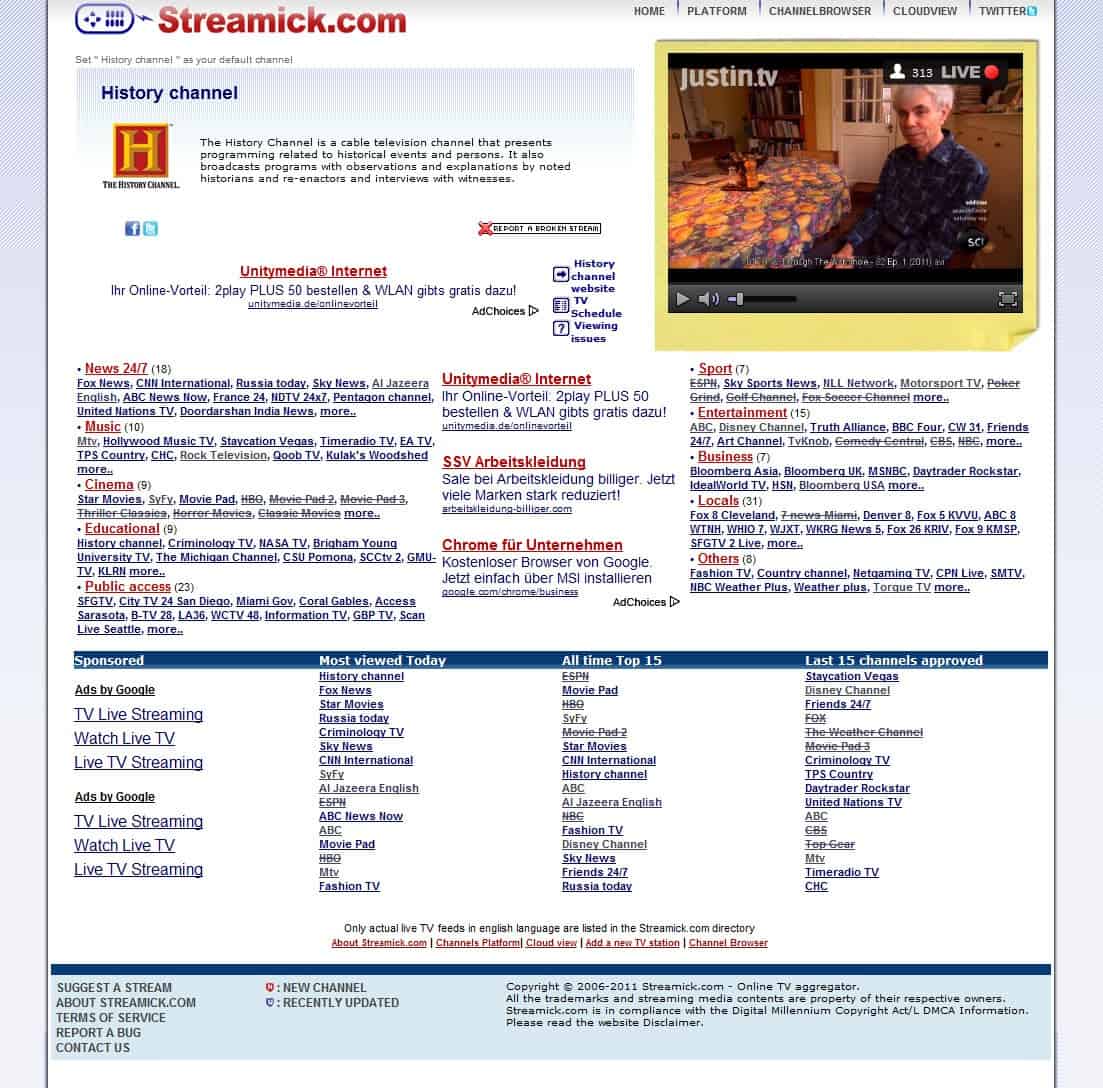 The only advantage you get with Streamick is that it displays the streams directly on their website so that you do not need to download and run a software to view TV on your PC.

To be honest, many channels that are offered at their website cater to a specific niche only. Local channels about Miami or New Orleans don't appeal to a world wide audience. Neither do many of the other channels offered there Boardriders TV and High TV for example.

My suggestion would be to give it a try, take a look at the offered streams and see if they offer any that might be of interest to you.

Update (May 2013): Streamick is still available, and the selection of streams has improved slightly. You now find channels like the History Channel, Sky News or CNN on the website so that you can watch those channels right on the site.

TV streams are shown in a small area on the website initially with an option to switch to fullscreen instead. Quality depends largely on the stream and ranges from okay to pretty good. The site can be an alternative for instance if you can't install TV streaming software on the computer you are working on.