A Free Game for the Weekend: True Combat Elite

True Combat Elite is a total conversion of the Enemy Territory game. Both games are free which means you can just visit the developers website and download them to your computer and start playing the games. Versions for PC, MAC and Linux exist. The installation itself can be a bit tricky at first: let me guide you through that process later on in this article. True Combat is a modern warfare game similar to Counterstrike Source, you play either on the Terrorist or the Anti-Terror side.

The game itself looks fantastic if you consider the fact that it is a game made by fans, not a professional team that tries to make money out of it. It features all sorts of nice effects like lens flares or snow that is falling slowly to the ground.

You start by choosing a side you want to play for which gives you the choice of some predefined weapon packs. All the usual weapons are integrated, AK for Terrorists, the M4 for Anti-Terror. Next to that are some grenades, hand weapons and the like. Enough to make everyone happy. 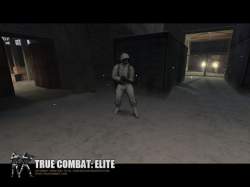 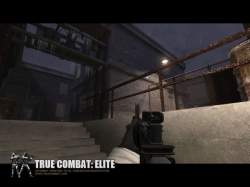 The only game mode it currently supports it the plant bomb / defuse bomb type of game which you probably know already from games like Counterstrike.

More fun modes like deathmatch and ctf exist as well but the emphasize lies on the first mode mentioned. The game looks great considering the fact that it is only version 0.49 at the moment which could be one of the reasons that a game mode that involves hostages has not been implemented yet.

You need to download and install the following files in the correct order for this to work.

Once this is done you simply start the game and are ready to play and enjoy it. It has enough servers and players to be an entertaining game.

Please note that versions may change, always download the latest version that you find on the download site. You may also find downloads for different versions of the game, MWTC, to be precise.