It all began with Asteroids, navigating a small spaceship through space, avoiding and destroying asteroids that passed by on its way. A game of passion using a minimalistic design to create maximum pleasure for the gamer.

Geometry Wars, a highly successful game for the Xbox 360, is an Asteroid clone. You have a spaceship, you can move it on the screen, you don't have asteroids but geometrical figures that you have to shoot. It's faster, more colorful and meaner than Asteroids.

You unfortunately need a Xbox 360 for that game but I found some really interesting Clones, to be precise two Clones, one exclusively for Windows and one available for both Linux and windows.

Grid Assault can be described as an almost perfect clone of Geometry Wars: It looks, feels and plays the same way as the original Xbox 360 version. I suggest you play with a joypad because every other method of playing this game not working that well. 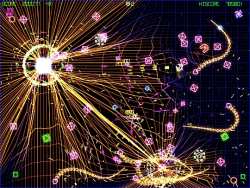 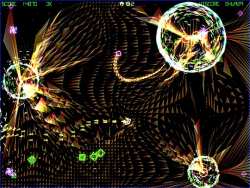 As you can see on the screenshots above, lots of action, fast paced and the keyboard controls are not good enough for this type of game. Note that the game will stop automatically after six minutes of game play.

The other game is Spheres of Chaos which should run on most systems. It does not have those fancy graphics of Grid Assault but the game is fun nevertheless. Same principle, shoot, avoid, survive. Enough said, enjoy the games. 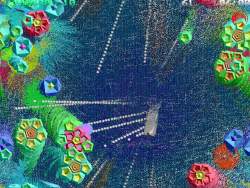 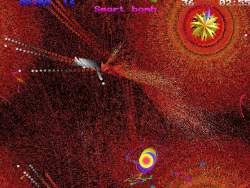 Update 2: Spheres of chaos is available as a demo on the developer site. We have added the link pointing to it again as it is up again. You can buy the full version of the game for $5.