You may have read about how Google Translate can be used as a proxy of sorts to access websites that are blocked in your company or school network. Often, Google Translate is not on the list of blocked websites and services while many web proxy servers are.

Google Translate is however not the only Google service that you can use as a web proxy of sorts to bypass restrictions in your workplace, school or country.

There is no way I can tell if this actually works in your case or if your clever admin managed to add the following two urls to the list of blocked websites. Both seem to be services for mobile phones and PDAs which means that the screen output does not look pretty but is fully functional. Most graphics are missing as well. The first one can be reached at [removed] , the second at http://www.google.com/gwt/n?u=http://

You have to append the url for the second service so that the web address gets loaded on the website. Both services append the url which means that word filters or domain filters may still identify the blocked sites and block access to them via Google's services as well. Let me know if this works out for you.

Update: There is a new web address available for Google Translate that you may want to use instead. At least the second address listed above is still working as a proxy that you can use to access sites that you might otherwise not be able to. We removed the first link as it can't be used as a proxy anymore.

To use the new address use the following base url http://translate.google.com/translate?hl=en&sl=auto&tl=en&u= and append the website that you want to access at the end of it. 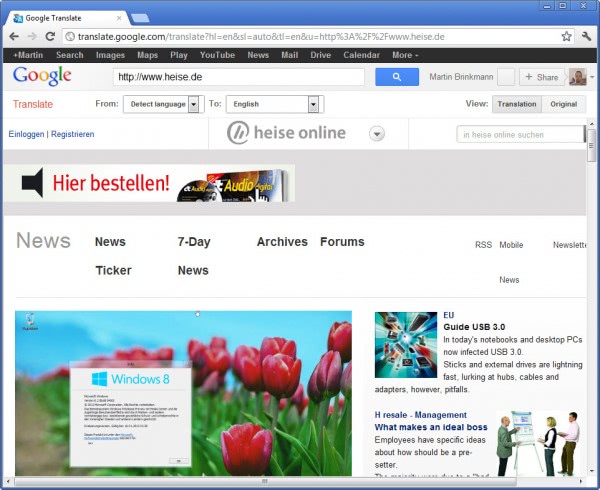