Twitch announced on August 10, 2017 that the company has released the Twitch Desktop application final for Windows and Mac PCs. The company released a beta version of the Twitch app in […]

Nintendo may be working on the next console of its retro revival series: the Nintendo N64 Classic Mini, or short N64 Classic. Nintendo's classic consoles are very popular. The company released the […]

Jump is a subscription-based Indie gaming service that is available for various desktop operating systems and as a Web-based version. Are game subscription services becoming the next big thing? The makers of […]

Nintendo missed an opportunity with the SNES Classic

Nintendo announced the Super Nintendo Entertainment System SNES Classic some days ago which will come out in September 2017 worldwide. The device comes in three variants for the US, EU and Japanese […]

Microsoft revealed today that the company's Xbox One and Windows 10 streaming service Beam has been renamed to Mixer. The name change, according to Microsoft, was necessary to grow the service in […]

3D Pinball for Windows - Space Cadet, was a special version of the Space Cadet pinball table, that came bundled with Windows XP, and earlier versions of the Windows operating system including […]

Depending on when you started PC gaming, you may have never played the classic StarCraft real-time strategy game or its expansion Brood War. Blizzard released the classic game for free for both […] 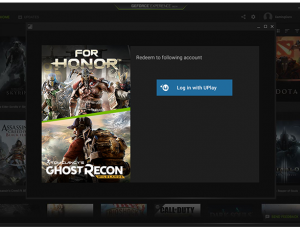 When you buy a video card for gamers, it is often the case that you get a game or multiple games along with it. These games are provided as codes that you […] 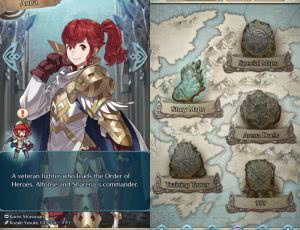 Nintendo has just released Fire Emblem Heroes, the company's first "real" game for Android, and second game for iOS. Nintendo's first game, Super Mario Run, has been available for iOS for some […] 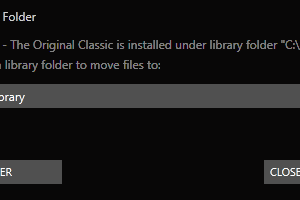 Valve published a new update for its Steam gaming platform recently that allows users of the service to move installed Steam games to another folder. The company did add options to change […]

When it comes to classic video game consoles, the SNES is my favorite one. The Sega Mega Drive / Genesis comes a good second running my all-time favorite games Shining Force I […]

Lucas Chess is a free chess training and playing program for Microsoft Windows devices that ships with an impressive set of features. While I do know how to play chess, I was […]

Valve published a new version of Steam Store today called The Discovery Update 2.0 that is designed to give users "more control" over their browsing experience. When you open the main Steam […]

Call of Duty Infinite Warfare is the latest iteration of the popular first person shooting franchise released just a couple of days ago. The game series focuses on console gaming traditionally with […]

Be part of "Big Brother" in Orwell

Orwell is a game about the surveillance state. What makes it interesting are a couple of things: first that you are part of the system, and second that its first episode is […]

Gog announced yesterday that it plans to enable two-step login for all users of the gaming service on October 24, 2016. Gog is a gaming platform that has a different business model […]

The following guide provides you with a simple fix, and explanation, for the Origin software startup error "Whoops -- Origin has encountered an error". Origin is a game client by EA similar […]

Quantum Break on Steam is cheaper than on Windows Store

Quantum Break, Remedy Entertainment's latest blockbuster title for PC and Xbox is now also available on Steam. Microsoft released the game exclusively for Xbox One and Windows Store when it first came […]

Here is why I'm getting a Playstation 4 Slim, not Pro

Sony announced two new versions of its popular gaming console Playstation 4 last week that will be out later this year. The Playstation 4 Slim is a slimmed down model of the […]

GeForce Experience 3 is the latest version of Nvidia's gaming application for PCs powered by Nvidia video cards. The software ships with Nvidia display drivers but is also available as a standalone […]

Is Console games coming to PC a good thing, or bad?

Back in the good old days of console gaming, say the 16-bit era, there was a clear distinction between what was available on consoles and what elsewhere. Sure, there were multi-platform titles […]

Play thousands of classic Amiga games in a browser

The Amiga computer was a powerful machine back in its heyday that beat IBM PC's back then when it came to gaming, and quite a few other things such as creating music. […] 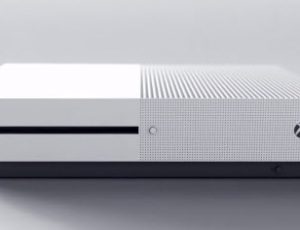 Should you buy a Playstation or Xbox right now? 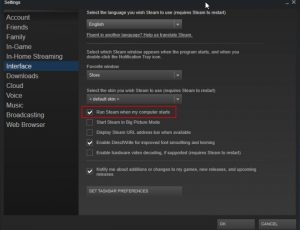 Many game clients, be it Steam, Battle.net or Origin, support that they are loaded automatically on Windows start, and some even ship with the preference enabled by default. While that is comfortable […]

Valve introduced reviews on Steam in 2014 in an effort to add user opinion and ratings to games listed in the Steam store. The main idea behind the introduction of reviews was […]

Auto Clicker is a free portable program for the Windows operating system that provides you with the means to beat idle games by simulating left mouse clicks. I'm not sure why Idle […]

Test if your gaming PC is ready for SteamVR

Valve Software released the SteamVR Performance Test on Steam which will test the computer's performance and compatibility with SteamVR. If you believe the hype, Virtual Reality (VR) is the next big thing […]

Quantum Break will be a Windows 10 exclusive game

Microsoft revealed yesterday that the company's much anticipated game Quantum Break will come to the new operating system Windows 10 the same time it is released for Xbox One. The game, developed […]

Valve has integrated a custom version of the Chromium web browser in its Steam client that displays web content to Steam users. If the past couple of weeks have shown anything, it […]

The annual Steam Winter Sale is in full swing since yesterday. The event, which has been one of the most anticipated sales on Steam this year, offers big discounts on almost 10,000 […]

Games that Microsoft shipped with Windows 7 are fundamentally different from those that it included in Windows 8 or 10. Windows 7 games were the last that were shipped as programs for […]

Steam's Exploration Sale is rather uneventful

Whenever there is a sale on Steam, and the number of sales per year increased sharply in recent years, you can be sure that things get quite hectic in the beginning. It […]

YouTube Gaming? Not in Germany (and maybe other countries)

Google launched YouTube Gaming yesterday on the Web and as dedicated applications for Android and iOS. The applications are limited to the US and UK at the moment while the web version […]

Steam is a popular gaming platform that you use to buy and play games, use community features or a plethora of other features such as a virtual item marketplace or a workshop […]