Pocket Casts has announced that its apps for Android and iOS are now open source. The podcast player app debuted in 2010, it was available as a premium offering with a $3.99 price tag.

NPR acquired the rights for Pocket Casts in 2018, and a year later, the podcast apps were made free when the company introduced a premium monthly subscription called, Pocket Casts Plus.

The journey didn't end there, Automattic acquired Pocket Casts in 2021. It is not surprising considering that the mobile apps have been open sourced now, because the company's other products, Simple Note and WordPress are also open source.

A blog post that announced the news on Automattic's website says that the company does not want podcasting to be controlled by Apple and Spotify. It explained that it wants to support a diverse ecosystem of third-party clients, as the reason for making the apps open source. It's good to see someone go head on to compete with the bigwigs.

Automattic says that it will continue supporting its premium subscription, Pocket Casts Plus. It offers extra features such as 10GB of cloud storage, themes, folders for organizing your podcasts, desktop apps for Windows and Mac, and Apple Watch playback. The premium plans start at a price of $0.99 a month, and costs $9.99 for a yearly subscription (before taxes). Since this is a completely optional add-on, you can just ignore it and use the mobile versions for free.

The source code for the Pocket Casts mobile apps for iOS and Android have been released on GitHub, each version has its own repository. The company has opted to open source the apps under the Mozilla Public License (MPL 2.0). Plenty of issues and pull requests have been filed over the past few months in preparation for the announcement, and now users and developers can contribute to the projects to suggest new features, and bug fixes to make the app better.

Note: Pocket Casts desktop apps are not open source, since they are exclusive to the premium subscription. If you don't have the app on your phone, you can download Pocket Casts from the Google Play Store or the iOS App Store.  The Android app's repo has an APK available for download, so the app could make its way to F-droid too. Since the source code has been released, it is very likely that we could see other developers forking Pocket Casts to create their own version of the app, and improve upon its design and features. 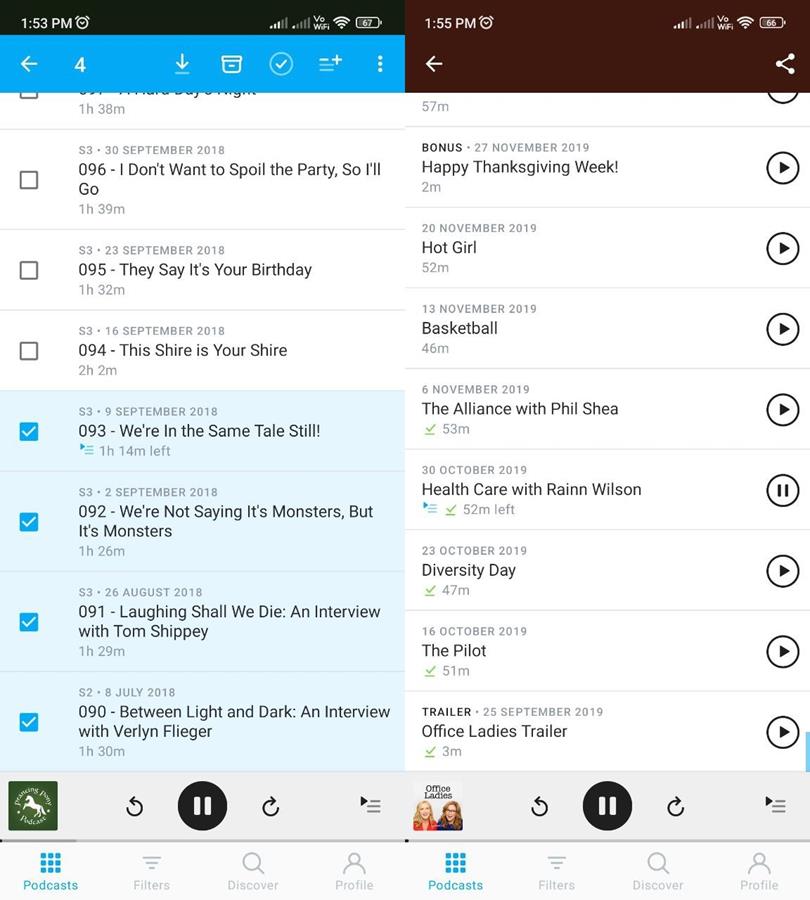 The apps don't have ads, and allow you to download episodes for offline listening, the interface is clean. There is no reason not to try it. You don't need to create an account with Pocket Casts to subscribe, listen to, or download podcast episodes. Signing up for an account does have its advantages, it ensures that you don't lose your data, e.g, subscriptions, played episodes, etc. It also syncs the content between devices, so you can pick up where you left off quite easily.  If you use RSS feeds to subscribe to podcasts, you need to submit the feed's URL here, and set it to public/private, to add it to your list.

Pocket Casts is already very popular, but now that it has gone open source, I think it might attract even more users. AntennaPod, which is also an open source app for Android, is also a very good player.

What is your favorite podcast player?

Previous Post: « WhatsApp introduces Call Links to invite up to 32 people to a group call
Next Post: « WhatsApp Communities are rolling out to users along with 32 person video calling, in-chat polls, and larger groups