The Xbox app on PC has been updated to include a new feature. Microsoft partnered with the popular service, HowLongToBeat, to provide an estimate of how long it will take you to finish a game. 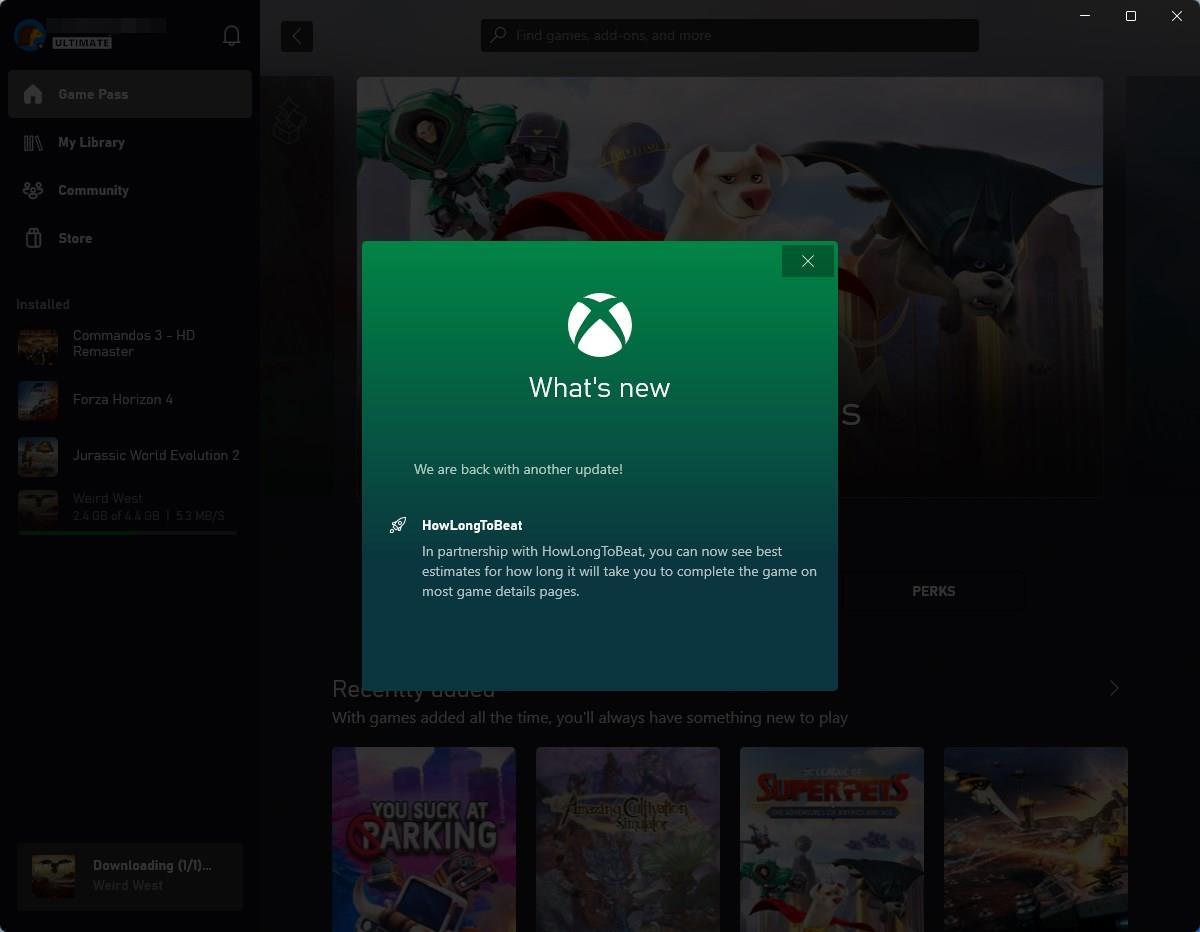 Many people pick their next game by researching the length of a game's story. Some prefer shorter games that can be finished in a few hours or over a weekend, while others may want longer games, or to chill out and play something that perhaps offers endless gameplay.

Where do they get this information from? This is where HowLongToBeat excels, the website has been around for a long time, and is the go-to resource for most gamers. It is a community-based service, players provide details regarding the times it took for them to finish a game. The website in turn adds this data to its catalog that comprises thousands of video games. You can search through the site to find the information about a specific title.

The Xbox app's latest update makes this process a bit more convenient by skipping the last bit, by displaying this info within the app. All you need to do is open the Xbox app on your Windows PC, and search for a game that you want to play. Click on the game's card to open its listing page, scroll down a bit, and you will see the new HowLongToBeat banner. 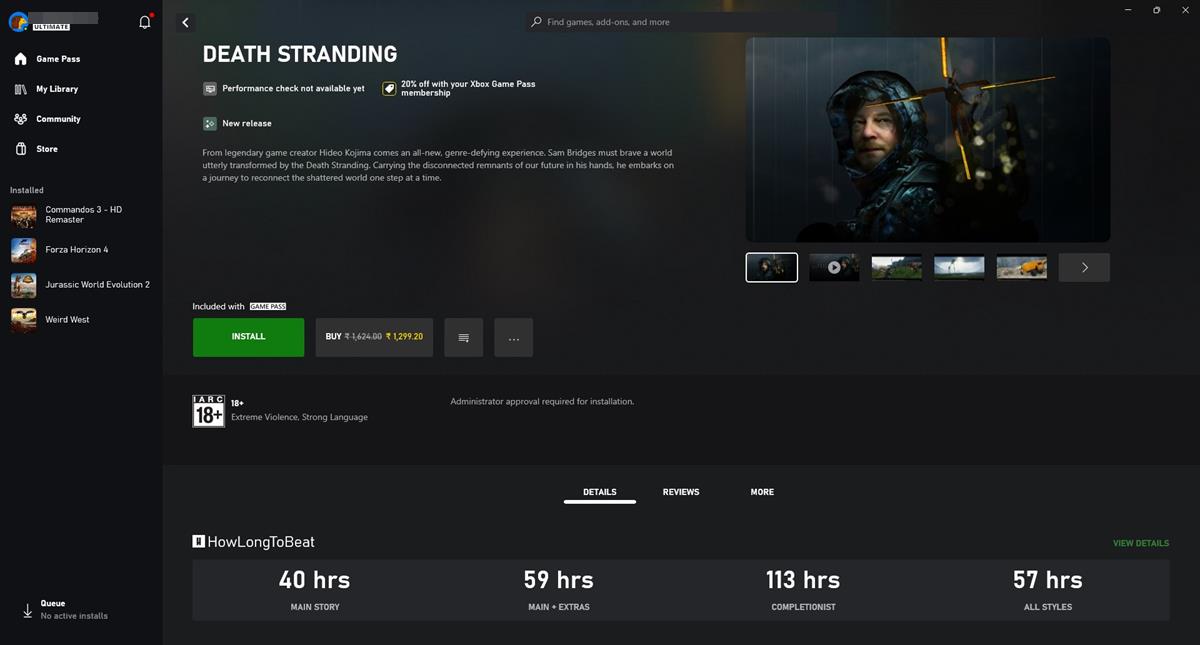 It displays the number of hours it takes on average to finish the main story, the main + extras (story and side quests). You can also get an idea how long a completionist run (100% with all achievements) will take, and all styles. The feature is available in the latest version of the Xbox PC app that is available on the Microsoft Store.

Click the View Details button above the banner to visit the game's page on HowLongToBeat.com. The website has an Xbox section that lists all games that are available on Game Pass.

Microsoft says that the latest update also improves the performance of the Xbox app on PC. It claims that the app is now 15% faster than before to launch, and search results are displayed 20% faster. The app will display more relevant results when you search for games. The announcement also mentions that the latest version ships with fixes for making the app more responsive. The update also tackles one of the major complaints that users had with the app, games failing to download or install. The Redmond company says that it has reduced these issues by nearly half, and that the Xbox app was nearly completely crash-free in its tests.

HowLongToBeat is fairly accurate when it comes to story completion if you don't do anything else. But you should treat it like a benchmark of sorts, because no two gamers are alike, everyone's play style and preferences are different.

There are a lot of games available on Xbox Game Pass for PC, and choosing the next one to play can be a difficult decision. The introduction of HowLongToBeat could help you make your decision to choose the right game. It can also be particularly useful when it comes to games that are leaving Game Pass soon.