Nova Launcher and Sesame Search have been acquired by Branch, an analytics company

The popular home screen app for Android devices, Nova Launcher has been acquired by Branch Metrics, a company that specializes in analytics. Sesame Shortcuts, which supported integration with the launcher app, has also been acquired.

While this may be good for funding the development of both apps, there could be some downsides to it.

I've been using Nova Launcher for close to 10 years, though my Google Play Store receipt for the Prime version is from 2015. It's the first app I install after a flashing a new ROM, or getting a new phone. When I bought the Redmi Note 10 Pro last year, I disliked the gestures in MIUI and found that Nova Launcher's own gestures were unusable because of limitations in Android 9+. But, I knew that Nova Launcher supported gestures by using some workarounds on Pixel devices, so I flashed a Pixel Experience ROM on my phone, to get the home screen app working on my mobile.

Nova Launcher and Sesame Search have been acquired by Branch

I think I have said enough, I'm clearly a fan of the app. But, I have to put my bias aside, and ask what would an analytics company want with the app? TeslaCoil Software has promised that the core user experience including the user's privacy will remain the same, and any changes made to the app will be optional. You can't expect a company  to just acquire an app's rights, and let it continue in its existing state, would you? What's the point of it, if they don't get anything out of it?

The Play Store listing for Nova Launcher says that it has had over 50 million downloads. Even if just 10% of those users are actively using it, I think it's safe to say that Nova Launcher boasts a very large user base. That means, Branch, could potentially benefit from this as well, right? This is virtually a gold mine for telemetry.

An announcement made on Nova's website sheds some more light about the acquisition.

What does Branch do?

Branch has a massive database with over 300 billion deep links in apps, and provides a platform for developers to manage and measure these links into their apps. Here's an example (quoted by Nova): A link in an email or social media that a user interacts with and opens in another app is likely a Branch link.

The future of Nova Launcher

The company wants to improve the mobile app discovery and navigation experience, and sees potential in Nova and Sesame. And as for changes that users can expect, Nova Launcher will be introducing new features on an A/B testing basis, to analyze which design users prefer. Nova 8 will offer on-device shortcuts, and contact search powered by branch, the data for searching and indexing is saved on the device and does not leave it. 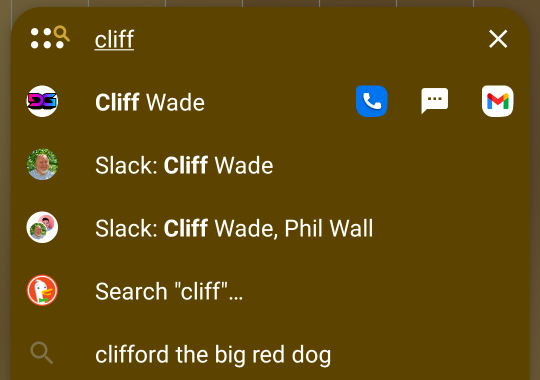 Kevin Barry, the creator of Nova Launcher, and Cliff Wade, the Community Manager for the app, along with Steve Blackwell and Phil Wall of Sesame Search, have been hired by Branch. They will continue to lead the development of Nova Launcher, so that's a positive sign.

Nova Launcher will have other Branch-inspired features, the usage of which will be measured via analytics. It will have an opt-out option, i.e., the telemetry will be enabled by default. Based on the developer's words, Nova Launcher will remain as a premium app with a one-time payment to unlock the Pro version. The fact that they say nothing is changing in terms of privacy likely means there will be no ads in the app.

If you want to backup the app, the current version is Nova Launcher 7.0.57. A beta version of Nova 8 was released a few days ago, but I haven't tried it yet as I don't have a spare device to test it. I'm sure that users who don't like this bit of news will want to look for alternatives to Nova Launcher. There are a few good ones available such as KISS Launcher, or one of the forks of Lawnchair Launcher like Neo Launcher (formerly Omega Launcher).

Note: One of the developers of Lawnchair Launcher walked away from the app today, after claiming that another member of the team had been adding proprietary code from a different app to the open source app, without disclosing it. A message that was posted on Lawnchair's Twitter account says that it is not stolen code, but just reverse engineered code from the Pixel Launcher (made by Google.) Make of that what you will, but it surely hasn't been a good day for launchers.

Only time will tell if Nova Launcher remains as good as it is.

What are your thoughts about the acquisition? Will you stick to Nova Launcher or jump ship to a different one?