The next version of Ubuntu, 21.10 “Impish Indri” has been released, with nine months of support since it is not an LTS release.

This version of Ubuntu comes with some new features, and some great performance, at least on my system. 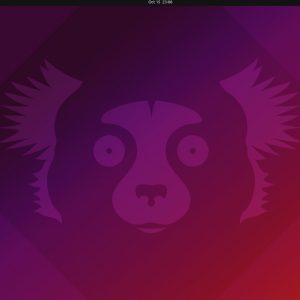 Ubuntu 21.20 brings new multitouch gestures, available when using Wayland, by default. As well, 21.10 now has a persistent trahs can icon in its dock, rather than a desktop icon, which makes for a nicer workflow option. Also, speaking of Wayland, NVIDIA users can now use Wayland when using the proprietary drivers.

The latest version of Pipewire is included with this Ubuntu install, making a variety of tools and applications such as screensharing applications function better with Wayland. Wayland is finally starting to really shine, compared to the buggy mess it had been over the past years.

Some updated software bundled with Ubuntu 21.10 are:

As well, this version of Ubuntu now ships with the Firefox Snap application by default, but the repository version is also supported.

I was very surprised at just how fast this Ubuntu installation went, and how responsive the system was. It didn’t matter what application I launched, or how many I had open at one time, I was unable to push my system in any realistic manner to the point that it was not absolutely flying...I have Ubuntu installed on a regular SATA SSD, not my NVME drive, but the performance was lightspeed compared to other distributions and desktop environment setups I have tested as of late. With Firefox and 5 tabs open, LibreOffice Writer open, and Spotify playing music, my CPU only ever reached 4% usage, with 2.6GB of RAM being utilized.

Overall, the installation was a breeze, the performance was great, and I even had my NVIDIA drivers and media codecs installed automatically simply by a checkbox in the installer – there were zero hiccups or issues.

Another special note, is that alongside Ubuntu 21.10, a new Ubuntu installer is being developed using googles Flutter SDK. The new installer is not the default yet, but it’s something to keep an eye out for and look forward to, as it will bring a cleaner interface and more options, including theme choice, to installations in the future.

GNOME isn’t my Desktop Environment of choice, but I really was pleasantly surprised with how nice, smooth, and simple this entire release was, enough that I could highly recommend it for those who enjoy Ubuntu, enjoy GNOME, or simply are looking for another distribution to try out. Some could consider this a preview of sorts for what is to come in the next LTS; and I think it’s going to be a good one, if this release is anything like it.

Are you going to try the new Ubuntu, or wait for the LTS to come out? Let us know in the comments!

ADVERTISEMENT
Summary
Article Name
Ubuntu 21.10 Released
Description
The next version of Ubuntu, 21.10 “Impish Indri” has been released, with nine months of support since it is not an LTS release.
Author
Mike Turcotte-McCusker
Publisher
Ghacks.net
Logo
Advertisement

Ubuntu Pro is now available: here is what you need to know

Previous Post: « Arch Linux vs Ubuntu: which to choose?
Next Post: « Installing KDE On Linux Mint Cinnamon Base