The developers of the PC cleaner and privacy tool Privazer have released Privazer 4.0, a new major version of the program, recently.

I reviewed Privazer back in 2012 for the first time when it was released initially, and concluded that it felt like the big brother of the-then popular tool CCleaner.

Privazer 4.0 is a major version release. The program is still available as a portable version and installer for Windows.  Compatibility remained the same in the version: you can run the program on Windows XP and newer versions of Windows (including Windows 10). 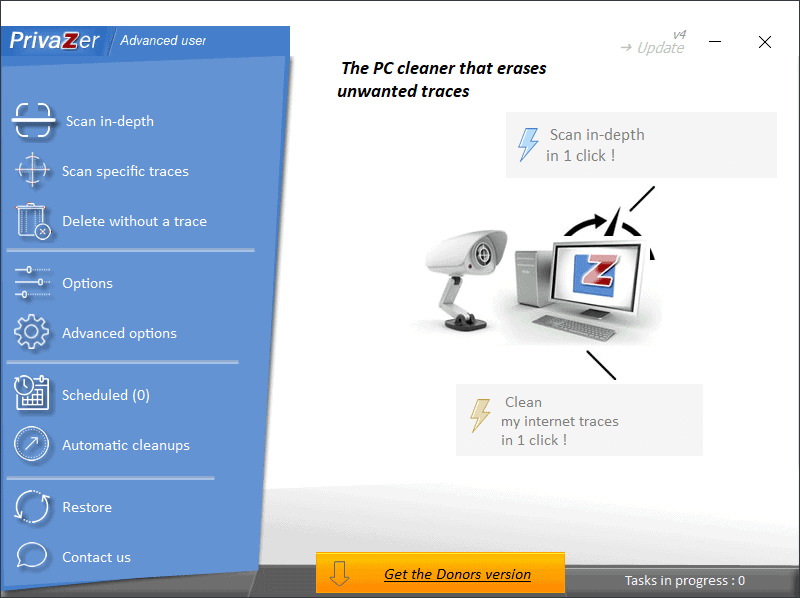 The new version of Privazer comes with a new design according to the release notes. The design is not that different from previous versions though and won't irritate long-standing users of the program.

Privazer supports basic and advanced user modes; if you are experienced, you may load the advanced mode as it provides you with more options and choices that you can make.

Regardless of mode, it is recommended that you check the "always create a restore point" under Advanced Options > Cleanup, and go through the settings once before you let it do any cleanup operations.

Another new feature, only available to donors, is a new setting to download program updates automatically when they become available.

The developers have improved the overall speed of the application and the portable version. $Logfile scans, cleanups of Firefox, Chrome and Opera, and $MFT Index have also improved. Last but not least, storage connections and disconnects have also been improved in the new version.

Privazer 4.0 improves the program in several meaningful ways. New users need to spend some time initially going through the options, menus, and scan options while existing users will feel right at home again when they run the new version for the first time.

Users who are looking for an alternative to CCleaner may want to give this one a try.

Now you: do you use system cleaners or privacy tools?

Previous Post: « Tag your photos and edit the metadata with JPhotoTagger
Next Post: PhotoQt is a fluid image viewer for Windows and Linux »