LastPass, creators of the password management service of the same name, have released a beta version of LastPass for Firefox that is compatible with Firefox 57 and newer versions of the web browse.

Companies and developers need to release WebExtensions versions of their add-ons to ensure compatibility with Firefox 57, and to make sure that users keep on using the add-ons.

LastPass is a popular extension for Firefox. It has over 646,000 thousand active users at the time of writing. The company released a beta version of the upcoming WebExtensions version of LastPass earlier today. 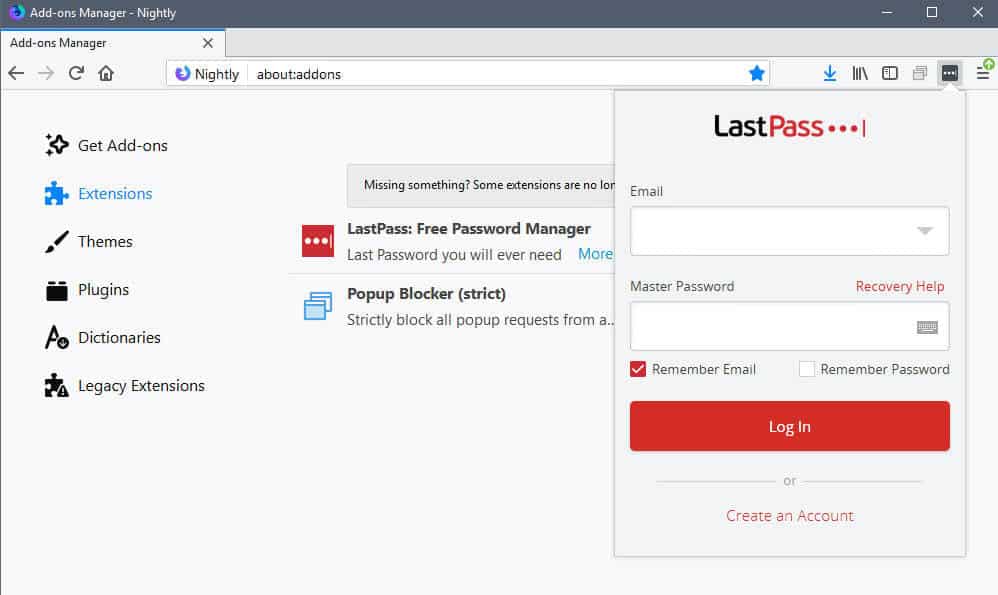 Firefox users can only download it from the official company website right now, as it is not available on Mozilla AMO at the time of writing (an alpha version, 4.2.0a is available however).

Those who download and install the beta version of LastPass will be transitioned to the release channel version automatically once it is released. This is done so that users are not stuck on development channels.

There are two caveats right now which you need to know about before you head over to the blog and install the beta version of LastPass for Firefox:

LastPass plans to release the WebExtension version next month to make sure that Firefox users that use a release version of the browser can keep on using the add-on and service associated with it.

The beta release is mostly for beta and nightly users of Firefox.