Opera Software released its free VPN application for Android today after making it available to iOS devices earlier this year.

The company's journey as a VPN provider started with its acquisition of SurfEasy VPN. Opera Software promoted services of SurfEasy shortly thereafter in the Opera desktop browser, and launched a free browser proxy back in April 2016.

The iOS application followed in May, and today saw the release of the Android application.

Opera VPN for Android is a VPN client that is free to use. It is provided by SurfEasy, an Opera company.

Tip: Check out the privacy policy and terms of use before you start using the service. Basically, what it states is that you may not use it to break the law or the rights of others, that the service may be limited, modified or discontinued at any time, and that you may be contacted for limited marketing purposes. 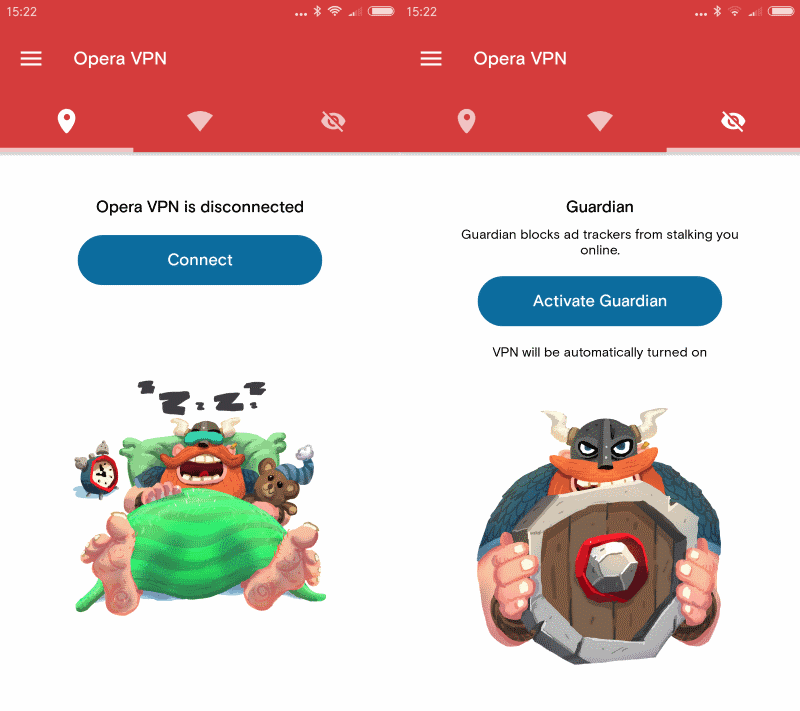 Installation of the application is straightforward. Since it is a VPN, you will receive a request to set up  a VPN connection on the device. You must accept it or won't be able to use the service at all.

The app displays a short introduction to the features that it makes available. Basically, it offers three features that you may activate from within the app: 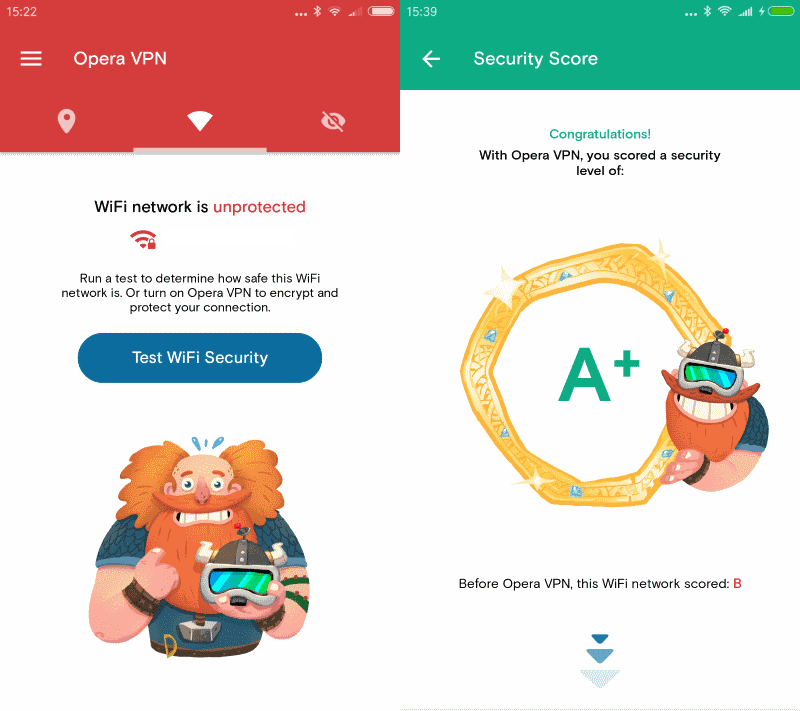 A quick test playing videos on YouTube and other services showed that playback was fluent and without buffering issues or other issues.

Since it is a VPN app that runs in the background, all applications you use tunnel their traffic through it.

Opera VPN is a free VPN app for Android that does not look that different than other free VPN apps for Android. The inclusion of the WiFi security test -- with the foreseeable result that the connection is more secure when you use Opera VPN -- and the system-wide tracker blocker are nice to have features.

If you trust Opera Software, there is little reason not to use the company's VPN applications as well. Paid solutions on the other hand offer better privacy, whereas other free solutions usually don't.