I have to admit that I'm not watching a lot of TV. While I do still have a TV sitting around, I mostly use it when I'm ill and need something to watch to avoid dying of boredom and do something that requires little effort.

I'm also not using streaming services that much, mostly because what is being offered in Germany is not really that good. Since I like to watch shows in their original language, it is often a problem even finding the shows that I'm interested in. More often than not, they are not available at all.

Anyway, OttoPlay is a free Chrome extension that users who stream TV often may like. It supports Netflix, Hulu and YouTube currently, but access is limited to the geographical regions the services are offered in.

That's a serious limitation but since the developer is pushing out new versions like crazy, it is likely that this is going to change soon.

So how does it work and what does it do? 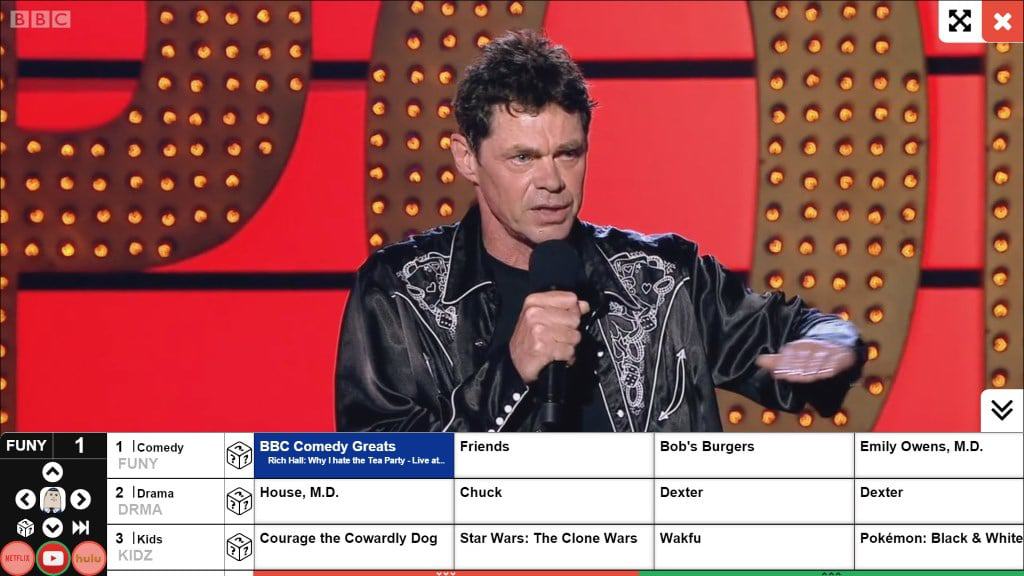 All you need to do is click on the Ottoplay button in the Chrome interface after installation. The extension switches to fullscreen mode and starts to load a show right away.

You may receive a "you are not in the right location" warning instead if you are not in the US. a tap on the Esc-key displays the channel selection menu. It is divided into a control unit on the far left and channels such as Comedy, Drama or Kids on the right.

You may select any show right away with a click, scroll down to check out the other channels offered by the extension, or use the controls on the left to pick a show to play.

You may also disable some streaming services from being included in the mix, and click on the random button to watch a random show instead (this is displayed next to each channel and on the left)

The extension plays a random show after you have watched one so that you never end up with a black screen. According to the author, a random show is picked to avoid having to watch multiple episodes of the same show in a row.

OttoPlay is an easy to use extension that brings the fullscreen hands-off TV experience to Google Chrome. The selection of streaming services it supports limits it currently and if you are not living in the US, or want to see other streaming services supported, then you will have to wait until support is added by its author. All in all though it is a promising application.