How to test Firefox add-ons in newer versions of Firefox

One of Firefox's greatest strengths is its add-ons engine that powers thousands of extensions that improve the browser in one way or the other.

The majority of these add-ons are created by third-party developers who are not associated with Mozilla.

If you have followed Firefox's development in past years, you may have noticed that add-on compatibility changed over time.

Firefox users who run add-ons may have noticed for instance that one or multiple of their add-ons stopped working after the browser was updated to a new version.

That's highly problematic if the add-on is important to the user. There are not many options to resolve the issue either:

Firefox 36, currently available as a Beta, may impact the compatibility of several add-ons according to the Mozilla Add-ons blog. While some authors will update their extensions in time, others may not either because they have stopped developing the add-on or missed the announcement.

As a user of Firefox, you can check in advance if your add-ons are compatible with a new version of the browser or not.

Here is what you need:

You don't need all three development editions of Firefox necessarily. I suggest you download the Beta version at the very least for your tests.

How to test add-on compatibility 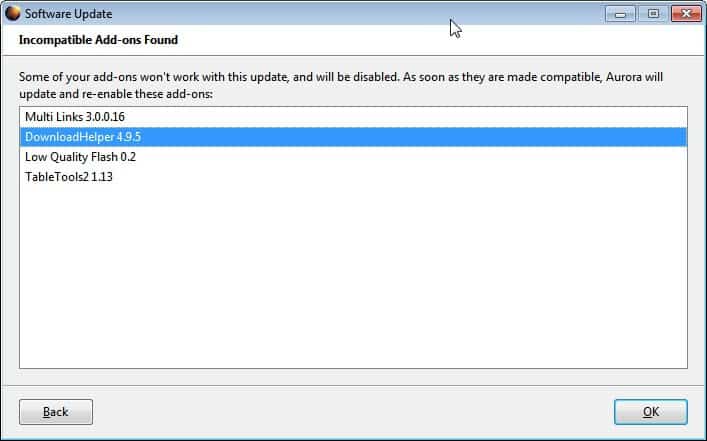 You have two options, one that is fast and the other that requires preparation.

Firefox will pick up the main user profile automatically and load it. This means that all of your add-ons, themes and customizations are included.

Check if everything works and if it does, you are done. The main issue with this method is that you may run into compatibility issues when you go back to your own version of Firefox. Mozilla may make changes to the browser that are not compatible with the stable version.

If you want to be on the safe side, use the thorough method below or backup your Firefox profile using MozBackup or a comparable application first. 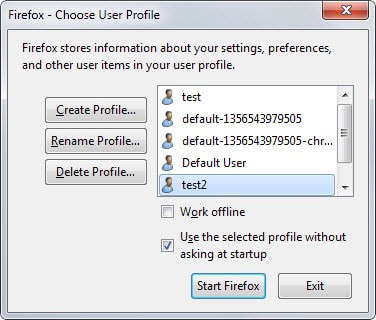 The idea here is to create a second profile that you use for testing so that your main Firefox profile won't be altered in any way.

Article Name
How to test Firefox add-ons in newer versions of Firefox
Description
Firefox add-ons can break. Find out how you can check add-on compatibility in advance so that you know what to expect when Firefox updates.
Author
Martin Brinkmann
Advertisement

Martin Brinkmann is a journalist from Germany who founded Ghacks Technology News Back in 2005. He is passionate about all things tech and knows the Internet and computers like the back of his hand. You can follow Martin on Facebook or Twitter
View all posts by Martin Brinkmann →
Previous Post: « Fix Add-ons not working in Firefox 35
Next Post: Remove Firefox interface elements with UI Eraser »