Most Firefox installations get updated automatically whenever a new version of the web browser is released. This is true for all channels the browser is offered in and the default way updates are handled.

It makes sense in many ways, considering that new versions patch security vulnerabilities among other things which makes old versions of Firefox vulnerable to exploits targeting those security issues.

Firefox users can change if and how Firefox is updated in the browser however. Some switch the preference to manual instead, which notifies about new updates but does not install those on the system automatically. Others may block updates from being deployed at all.

According to Mozilla, quite a few installations are not updated yet because updates are not applied properly, with Firefox 3.6.x and Firefox 12 making up the largest installations without updates.

Mozilla plans to change the update policy for old Firefox installations soon, likely with the release of Firefox 30 or soon thereafter. 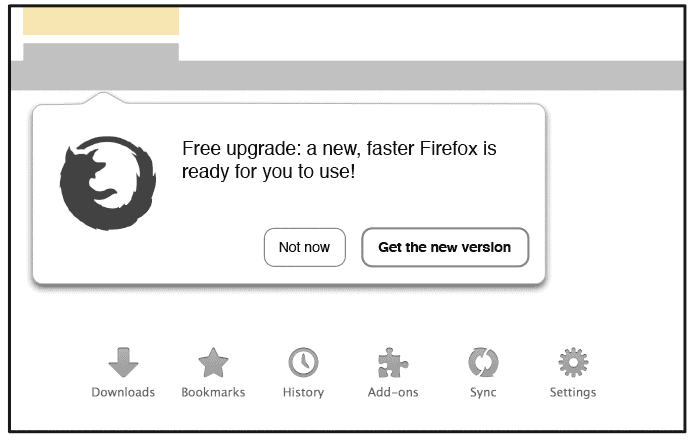 As far as Firefox 3.6 installations are concerned, updates will be advertised as minor instead of major. The effect is that the update billboard is not displayed during the update, and that add-on compatibility checks are disabled as well. Add-ons that are incompatible with the new version will be disabled automatically as a consequence.

A hotfix add-on will be installed on Firefox 11 to Firefox 26 systems -- but not Firefox ESR releases -- with the purpose of informing users that their version of Firefox is outdated and requires updating.

Firefox users on those versions can download the installation package to update the browser directly from the notification then.

The update does not have to be installed, but users will be notified in regular intervals about it from that point on.

According to Mozilla, between 50% to 70% of users do not know that they are using an outdated version of the browser. That's the main reason why a hotfix add-on is being used to notify users about it and deliver the update to those systems, apart from the fact that Mozilla needs information why those applications do not get updated properly.

Firefox users who have configured the browser to block updates won't be affected by this. Mozilla honors the setting and won't force updates in this case.

The organization will focus its effort son the Windows operating system in this quarter only. If the process is successful, it will be made available for Mac systems as well at a later point in time.

Part of the project tries to analyze why Firefox installations get stuck on a particular version by collecting anonymous update logs from systems on which installations are stuck on an outdated version.

If you are using an older version of Firefox and do not want to be updated or nagged, make sure you have set the update preference to "never check for updates" in the Firefox Options under Advanced  > Update. 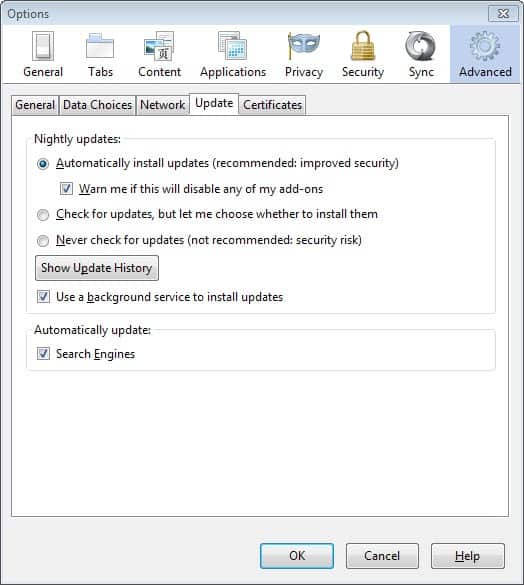 You can follow the discussion about the update project on Google Groups. (via Sören)

Previous Post: « What is Seer, and how to disable it in Firefox
Next Post: Firefox using lots of memory? Adblock Plus may be the reason »