For the past two days I have experienced a rather strange phenomenon on my Windows PC. The mouse cursor started to display the hourglass (busy) symbol every second or so; it was blinking all the time.

It took me a while to find out which program was responsible for this. Once I noticed that the cursor was displaying the hourglass every second, I started to close down programs one after the other to find out which was causing the issue.

Turns out, Google Chrome Dev was the culprit which caused this.

I then thought that this may be caused by a webpage in the browser, so I saved them all and closed them down one by one. 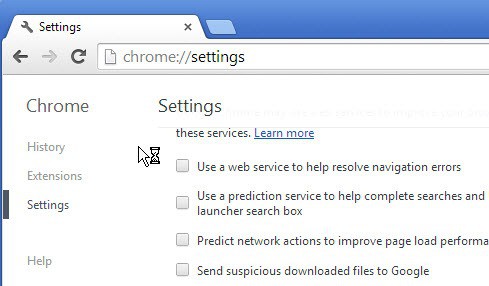 This did not resolve the issue. Next up were extensions which I disabled, but that too was not the cause of the blinking cursor.

I then went to chrome://flags and reset all properties here, and also made sure that the browser was up to date.

All of this was not helping, and I was still noticing the blinking hourglass cursor in the browser.

I tried Chrome Stable which is also installed on the system and it worked fine and without any issue.

Back to Chrome Dev I decided to check out the Task Manager by pressing Shift-Esc. 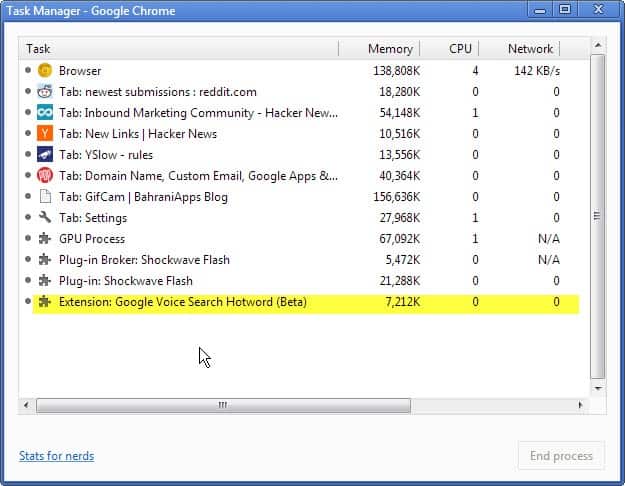 Here I noticed that the task Extension: Google Voice Search Hotword (Beta) was appearing and disappearing in the task manager in the same rhythm as the cursor was showing the hourglass in Chrome.

I had a good idea now what was causing the issue, and the only thing left to do was to find a way to disable voice search in Chrome. 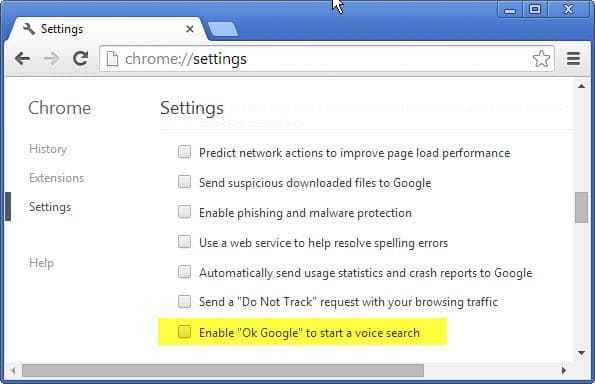 To test that this was indeed the reason, I enabled the feature again and as soon as I did that, the cursor was going all crazy again showing the hourglass rapidly in the Chrome web browser.

So why is this happening? My initial thought was that there was something wrong with the microphone of my Logitech G930 headset, but when I turned the microphone off in Windows, Google Chrome would still display the busy cursor in rapid succession.

Since the extension is listed as beta in the Task Manager, and not available on the manage extensions page in Chrome, it is likely that it has a bug that is causing this.

It is unlikely that all Chrome Dev users are affected by this. A quick search on the Internet revealed no hits describing the issue.

Still, if you are noticing that your cursor is going all crazy when Chrome is open, then you may want to check the Ok Google setting in the preferences of the web browser to see if it resolves the issue.

Previous Post: « Manage all custom zoom levels in Google Chrome
Next Post: How to speed up Chrome on Android »