Maybe it is just me, but it appears to me that Rapidshare is changing subscription plans and the site itself every six months or so.

The company announced new subscription plans back in March 2013 causing quite the uproar in the community as it dropped the unlimited storage plan in the process that it offered previously.

Only 250 Gigabyte and 500 Gigabyte plans were offered as part of the new options for roughly $10 and $20 respectively per month with additional storage being provided for more money up to a total of 4 Terabytes of storage space.

Two months later it became known that the company had to lay off 75% of its workforce. Signs that Rapidshare was struggling were visible before that time and confirmed by the lay offs.

Alexa for instance saw a decline of Rapidshare's traffic rank from a coveted top 100 spot to barely making it in the top 1000 in less than a year's time.

On September 13, 2013, Rapidshare announced that it had once again made changes to the subscription plans offered by the service, and also changed the site's look and feel in the process.

The company tries to position itself in the personal file storage market, as far away as possible from its file sharing roots. All users receive 10 Gigabyte of free storage on Rapidshare. The paid plans have been raised by 50 and 200 Gigabyte respectively.

The new interface displays the files that you have uploaded to Rapidshare in a table-like structure on top. You can use the upload button to upload new files to the service, or share to make files publicly available instead. 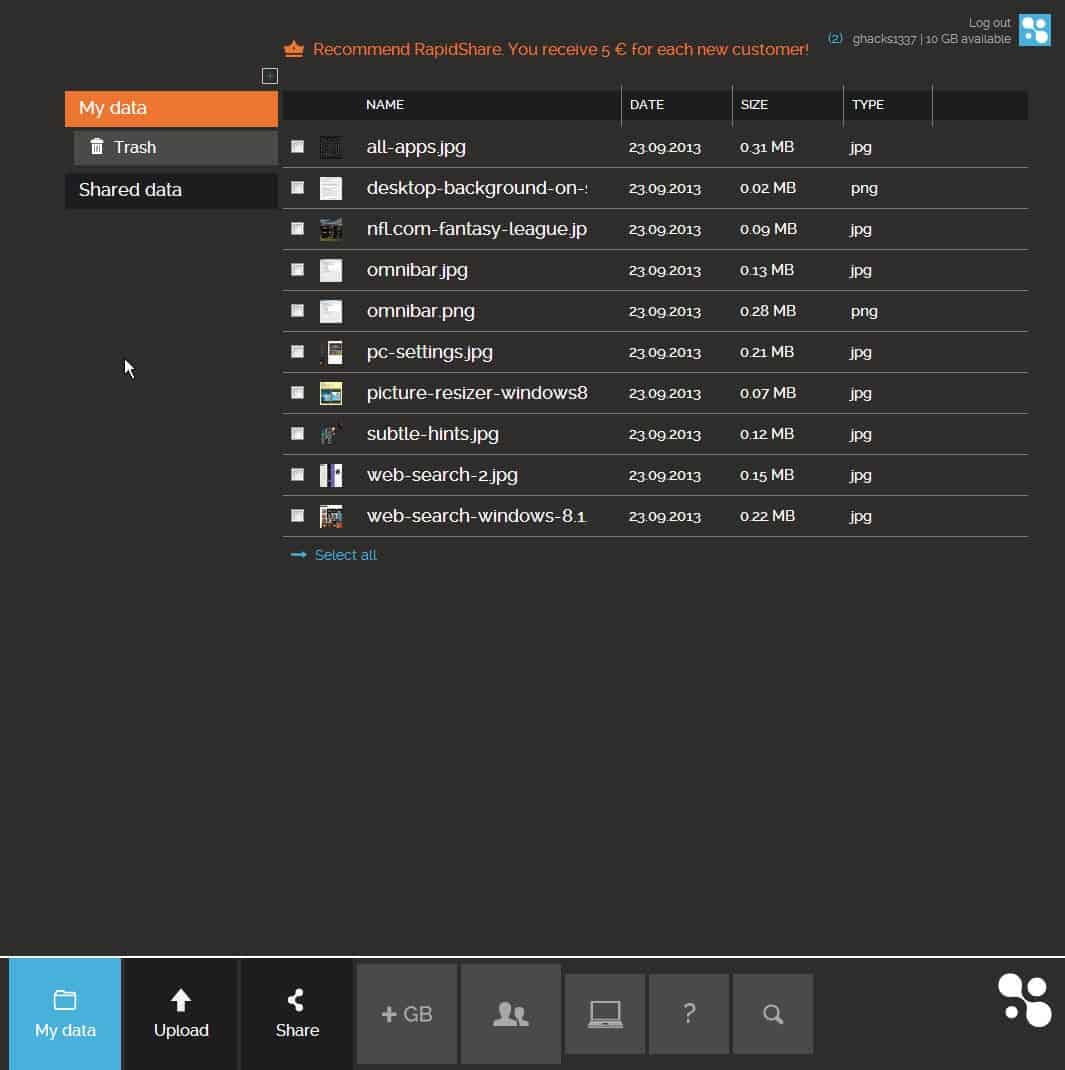 Rapidshare users can furthermore make use of the desktop client for Windows or OS X that the company makes available to manage their account from their desktop.

The company announced plans to improve the sharing feature soon by introducing new options such as password protection or time-limited sharing to it.

Rapidshare is not the only file hoster that is seeing a drop in traffic. Even popular services such as Mediafire have experienced a drop, albeit less drastically, in the past year. Some like Mega have surged on the other hand, and it is likely that this played a part in the drop of other services.

Regular file synchronization services like Dropbox or OneDrive likely played their part as well, as they have become more readily available and improved their services significantly in recent time.

The redesign is not radical enough in my opinion to stop the user exodus. What's your take on this?