If you mention the upcoming Firefox interface overhaul Australis to Firefox users, you may notice that at least part of the user base of the browser is opposed to it. The major reason for this opposition are changes that come along with Australis, most notably to the customization options that Firefox currently provides to its user base.

Mozilla plans to remove a couple of options from Firefox, for instance the use of custom toolbars, tabs on bottom, the add-on bar (likely) or the small icons mode.

The organization promised that it will be possible to restore all functionality using the browser's extension engine. We have already seen that happen in the past, for instance by re-enabling preferences in the browser's options.

But Australis will remove a lot of features, and it was not really clear if add-on developers would create extensions in time to provide users with restore options.

Mozilla developer Aris, who is responsible for the Classic Toolbar Buttons add-on revealed that he has created an add-on that many Firefox users will see as godsend. 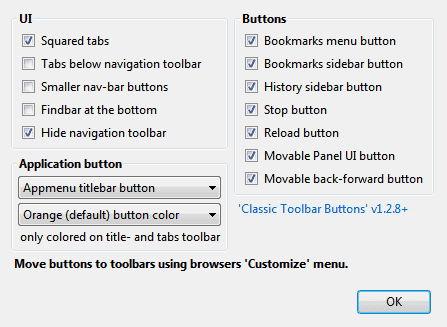 It has been designed for Australis exclusively to restore the following functionality:

Probably the most important modification of the list is the restoration of the addons bar. Mozilla plans to remove it in Australis, which would mean that all add-on icons are displayed in the browser's main toolbar just like in Chrome. This may look awful depending on how many buttons your extensions add to it. 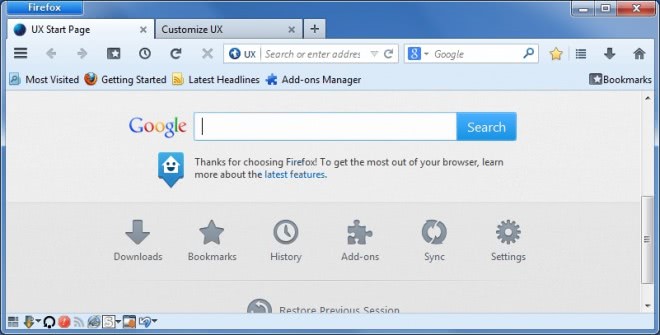 Other features of interest include the ability to display the history and bookmarks in the sidebar, move tabs to the bottom, restore squared tabs to save space, and re-enable the small buttons mode.

There are still some things that the extension does not tackle, like a user's ability to create custom toolbars, but it should help the majority of Firefox users who do not like Australis.

You are probably wondering where you can get the extension? It is not released yet. The developer promised to release it as soon as Australis hits the Nightly channel of the Firefox web browser.

It is still not clear if Australis will launch in Firefox 26 or 27, or even postponed further down the line. What's is clear though is that it will come, and that Firefox users will have adequate options at hand when that happens to restore the browser's old functionality.

Firefox users who do not like (some of) the changes that Australis introduces will likely install this add-on or a comparable add-on after their browser is upgraded to the new interface design. You can be sure that I'll keep you in the loop here and post an update as soon as the author releases the extension to the public. (via Sören)

Update: The Classic Theme Restore add-on has been released.

Martin Brinkmann is a journalist from Germany who founded Ghacks Technology News Back in 2005. He is passionate about all things tech and knows the Internet and computers like the back of his hand. You can follow Martin on Facebook or Twitter
View all posts by Martin Brinkmann →
Previous Post: « Mozilla limits Firefox's Add-ons Manager search results to fully reviewed add-ons
Next Post: IMDb Info displays IMDb movie information on hover in Firefox »