Google Reader is scheduled for a July 1 execution date which is fast approaching. With that in mind, many services are beefing up their offerings and others are launching out of the blue. The one that many users seem to be migrating to is Feedly, which has done much to strengthen its offering, with servers and bandwidth added.

Now the RSS app maker releases a roadmap covering its plans in the near future, and it could be called ambitious. But, those big efforts are paying off. According to the company, it has seen a huge spike in popularity and user retention.

"68% of the users who try feedly end up converting into weekly active users. Active users have been doubling the amount of time they spend reading their feedly. And thanks to a great partnership with Buffer, we have seen a 10 fold increase in the amount of content feedly users share on Google+, Twitter, Facebook and Pinterest"

The new roadmap offers a ton of promise that must now be delivered upon. The company has ambitious plans for the future, with major updates heading down the pike.

Feedly claims to have added new employees on both sides of the business in an effort to beef up response and load time, making it faster in all aspects. 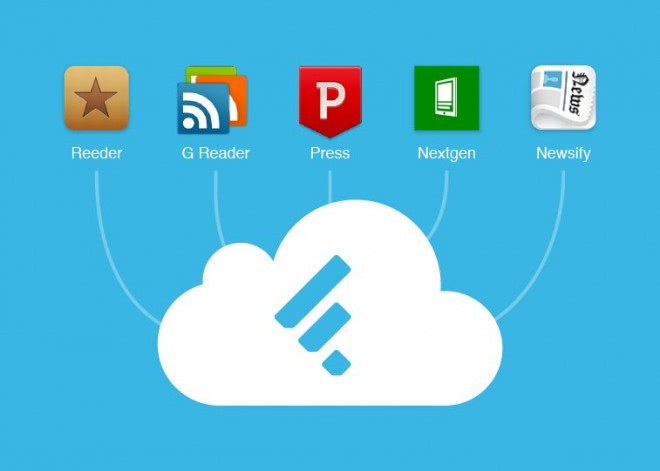 In addition, the company promises improved search, better web access and Windows 8 and Windows Phone 8 integration, improved group sharing and a litany of the usual bug fixes that come with any update.

However, perhaps the biggest news was this -- "we have been working behind the curtains with the developers of Reeder,Press, Nextgen Reader, Newsify and gReader as design partners for our Normandy project. Today we are excited to announce that you will be able to access your feedly from all these apps before Google Reader retires and that the access to feedly API will be free".

Feedly is one of many alternatives looking to fill the soon to be vacant shoes of Google Reader. We shall see which come out on top, but customers certainly have some choices, which is always good for both the market and the consumer.

For me, the big news is that the company is working on a web-only version of the feed reader. This is long overdue and a much requested feature and probably the biggest hurdle the company has yet to take.

Web access ensures that users can make use of the service at locations where they cannot install browser extensions or access their phones which may help convince them giving Feedly a try especially if they are looking for an all-device all-locations solution.

Don't get me wrong. Improved speed, search functionality and the other features are all great, but web access is probably what will catapult the RSS reader to the next level.