Giants and Dwarves TD is a Tower Defense game with a twist - gHacks Tech News
ghacks.net

The Tower Defense (TD) genre has evolved a lot in recent years. Before that, two different types of games were available: first games in which you had to place towers to build a maze, and second games where you could place towers only on designated locations.

Today, we have 3D or first person tower defense games among a mixture of other variants that have improved the genre significantly by making it more diverse.

Giants and Dwarves TD belongs to that innovative group of games that improve a genre. It looks like any other tower defense game on first glance. You can place towers on a 2D map that are used to block enemy forces from reaching goals at the other end of the map.

Units either attack from the tower or in the case of soldiers, stand before the tower to block enemy troops from passing by. 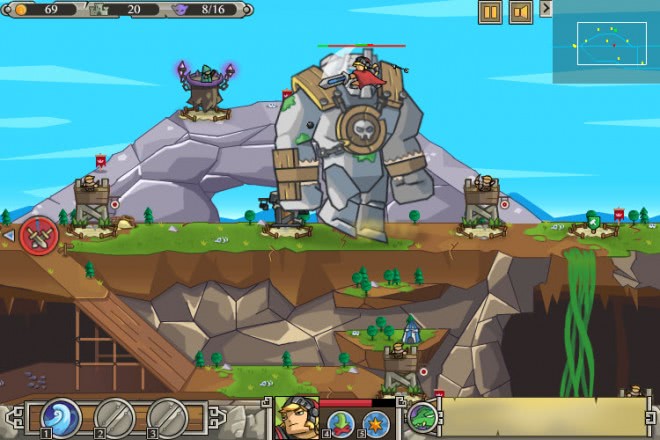 The second interesting feature are the giants that attack alongside regular enemy troops. These huge monsters can pack a punch and you will need to concentrate the fire of your troops on them to get them down. While you could say that they are nothing more than boss monsters that we have seen before in other tower defense games, they feel different. A nice effect is that your melee troops will climb the giant to combat it.

You start with a handful of gold which you need to invest in one or two towers. Your hero appears on the scene as well at that time to help you defend against the enemy forces. You need to start the first wave manually while all other waves start to appear automatically from that point in time on.

Defeated enemies earn you gold which you can invest in additional towers or tower upgrades. Upgrades improve the damage and usually also the number of units of the tower.

The swordsman has a stun attack that briefly stuns enemy troops around him and deals damage to them.

The attacks are all on cooldown so that it is best to use them only if the need arises, or if you know that you do not need them during the cooldown period. 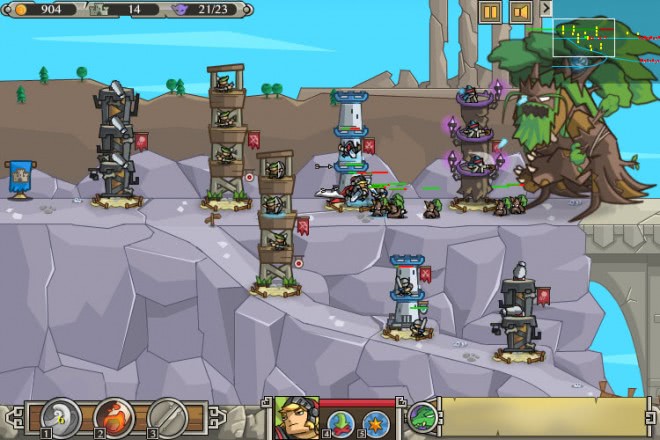 You earn upgrade points after each level that you can invest in upgrading your hero skills, for instance more health or stronger attacks, or in your towers or spells. As far as towers go, upgrades make them cheaper, fire faster or add health regeneration.

You can replay maps at any time to earn more upgrade points or get the coveted three star rating. Not all tower upgrades are available in the first few maps but that changes quickly.

Giants and Dwarves TD is a fun tower defense game with lovely graphics and all the traits that make TD games this addictive to play. The only one more level kick works quite well for the game. It could use a fast forward button to speed things up and also a harder difficulty level or different types of maps that add diversity to the game.

Previous Post: « How to configure, move and block Steam notifications
Next Post: You can now play Civilization in your web browser »