Is Pheed the next big social media "thing"?

The social media niche is a crowded one. We have Facebook, Twitter and maybe even Google Plus at the top, specialized and popular networks like Instagram or Pinterest, and many niche-based social networking sites such as LinkedIn as well. A new competitor into the field has to offer something that others do not for even a slight chance of success.

I have to admit that I never heard about Pheed until yesterday when a friend of mine who is working for a large Internet company mentioned it in chat. When you visit the Pheed website you will notice immediately that it differs from all the other social networking site you have been on in the past.

The background image of a heavily tattooed and pierced person is certainly different, and while it may keep the older generation out, it certainly has its appeal to a younger audience. 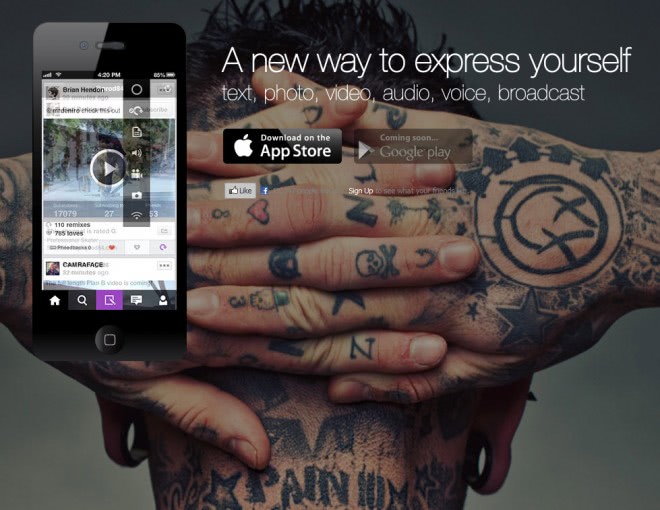 Pheed is currently available as a web-based service and in form of an application for Apple's iPhone, with an Android app coming in the near future.

Once you have signed up, you can do so with the help of Facebook or Twitter, you are taken by the hand for a short while before you are taken to your stream on the site. 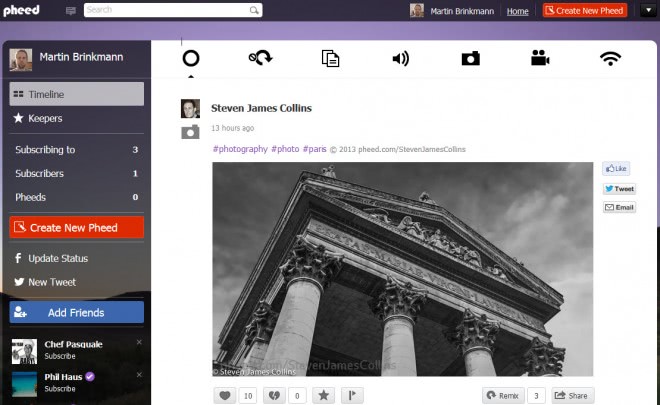 I do not want to go and review all the features the site makes available in detail, because that is frankly pretty boring. What I'd like to do instead is tell you a bit about the differences to other social networking sites so that you can decide for yourself if this is something that you may be interested in trying out.

Pheed introduces features that other social networking sites do not make available which certainly makes the service attractive to a larger audience. Especially the "owning the content you create" and the monetization options need to be mentioned in this regard. I can see subscriptions work really well for users with a large following as well as for broadcasters.

Have you tried Pheed yet? If so, what is your first impression of the service?

Previous Post: « How to optimize Feedly for speed
Next Post: Feedly continues to improve its offering with a new skin »