Microsoft announced a huge update to Bing Maps yesterday which adds more than 13 million sq km of updated satellite imagery and new features such as bathymetry to the mapping service.

The first thing you may notice when you head over to Bing Maps is the new satellite view that you activate when you zoom out and reach zoom levels 1-13 where it is visible. The satellite imagery has a resolution of 15 meters per pixel and covers the entire world.

While that is great for browsing around, the feature update does not end at this point. To improve the accuracy of top down maps, two new technologies are introduced.

First, there is better handling of cloud coverage. High latitude and equatorial regions are notorious for persistent cloud cover and Microsoft's new algorithm improves the quality and accuracy of the satellite imagery for those regions significantly.

The left shows Oahu, Hawai before the update, the right the same island after the update. Note that cloud coverage has been reduced significantly.

The very same example demonstrates the use of bathymetric imagery as well. You may notice that water is an all dark color on the image on the left, while the right image highlights ocean depths instead.

In addition to that, Big Maps has received a huge high quality resolution update. Microsoft lists several places that are looking better than ever according to Microsoft.

Global Ortho Imagery has also received an update, with new 200,000 sq km of new data added to Bing Maps in this update. Microsoft notes that Bing Maps is now covering 100% of the United States and 90% of Western Europe. Again, several highlights are mentioned: 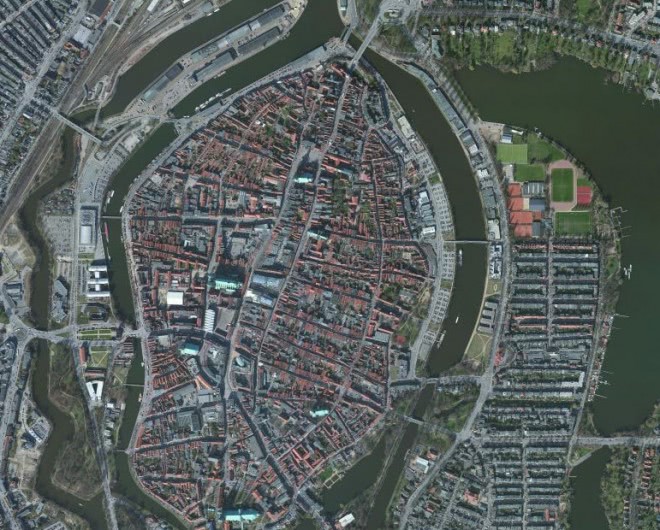 So how is Bing Maps comparing to Google Maps right now? It is difficult to answer considering that it really depends where you are looking. Both mapping services have not updated the imagery of my hometown's central station for instance. Bing Maps may be in front when it comes to other places in the world though, but then again, it really depends on the location.

It does make sense however to compare the imagery for places that you look at regularly to pick the more suitable one.

The Bing Maps update is already available on the Bing Maps website and in app-form for Windows Phone and Windows 8.

Are you using Google Maps, Bing Maps or something else? Let me know in the comments below.

Previous Post: « Skype app for Windows 8 gets file sharing
Next Post: Microsoft Office 2013 can now be transferred between PCs »