If you have been to Google's social networking site Google+ in the last few hours, you may have spotted design changes on some pages or profiles that may have made you wonder what's going on over there. Google just announced that they are currently rolling out a redesign of the Google+ website, which includes user profile pages, business pages and everything in between, that is modifying the layout and design of the social networking site considerable.

The following screenshot visualizes the changes that are implemented for all users. 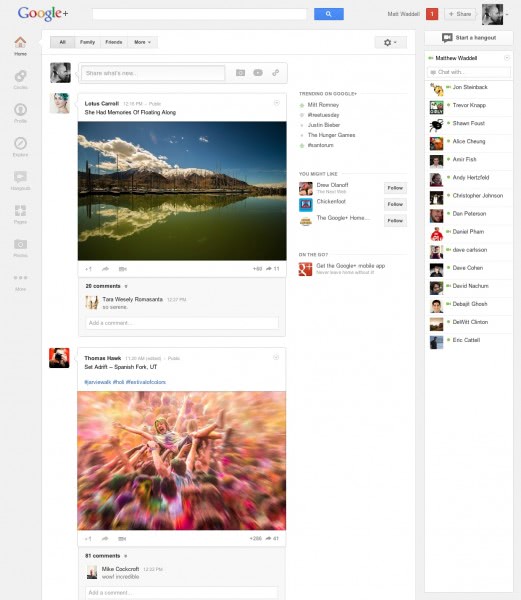 The header is lighter now, as the site links that were previously placed between the Google+ logo and the search have now been moved to the left sidebar. The original sidebar there, that listed all of a user's pages, streams and chat, have been moved from that sidebar away to the top of the stream. The hangout feature is still prominently placed on the right, with the chat being more prominently placed below it.

Google+ users can now also display activity information below their posts to see who +1'd and reshared the contents on the social networking site.

Another change is the new public hangouts page that is creating "even more opportunities to connect in person". The page offers quick access to public and on air hangouts, a rotating billboard of popular hangouts, and an up to date list of invitations from people in a user's circles. 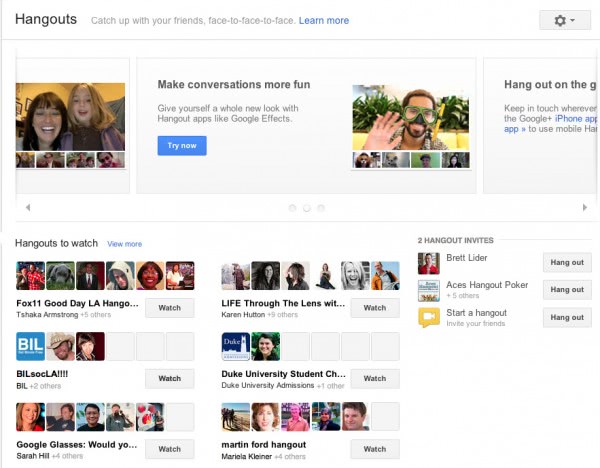 There is more to the update, including a new Explore page "that shows what's interesting and trending across the network", and a new profile "with much bigger photos".

Here is a video that Google has created for the Google+ redesign.

One of the more interesting features is the ability to customize the left sidebar by adding or removing links from it. Google will roll out the feature to all Google+ users and pages in the coming days.

What's your take on this? Good changes that make sense, or something that is making life more difficulty on the site? (via)