PC Too Loud? Here Are The Tools To Silence It - gHacks Tech News
ghacks.net

PC Too Loud? Here Are The Tools To Silence It

After I set up my new PC I noticed that it was considerably louder than before. That was somewhat puzzling as it was still making use of the same hardware, and that it therefor should not really be louder than before. The first thing that I like to do in a situation like this is to assess the situation. I try to rank the components based on the noise they make. It usually boils down to fans, and to a lesser degree hard drives making that noise on your system. You may need to open your PC case for that, as it may be difficulty otherwise to identify the noise makers. In my own experience, the most likely candidates are the video card fan, the cpu fan and the power supply unit fan.

We will be using the following two programs to reduce fan speeds of select components of the PC. Keep in mind that you can't regulate all fans with software, and that you may need hardware solutions in some cases. One example: If you find out that your case fans are to loud, you could get an adapter to undervolt them to lower their rotating speed - and thus noise - or buy better fans that reduce the noise level automatically. 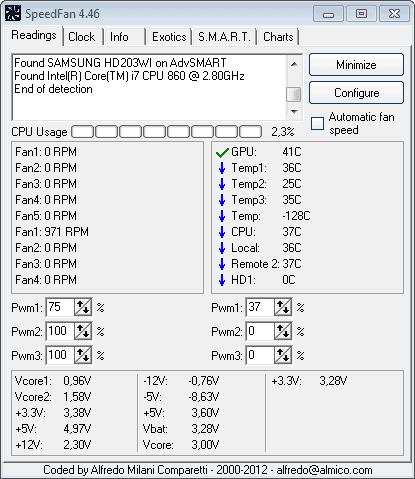 You can use the Pwm controls to reduce the speed of the fans on your system. If you have less than six fans installed, only some of them will work. The three controls on the left usually control the first three fans in the fan listing, the three on the right the second batch. I suggest you take a look at the RPM values to find out which control you need to change the fan speed on your computer. In the case of the screenshot above, there is only one fan recognized by Speedfan, and it is controlled by the first control on the right.

Click on the down arrow to reduce the fan speed, or click on the field to enter a new value for it. I would not suggest going down to 0, as it could very well cause overheating issues which you need to avoid. If you use the controls you often can listen to the noise generation and will notice that it goes down considerably once you reach the 70% and lower region.

Pro Tip: Keep an eye on the temperature for the next time to make sure that it does not reach critical values after you have made the change. Critical levels are indicated with red flames in the program which can be easily spotted. 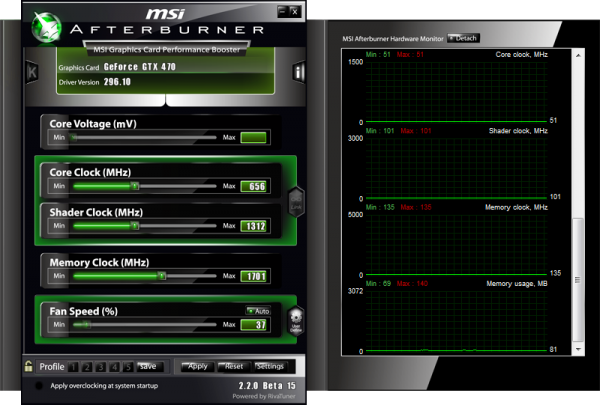 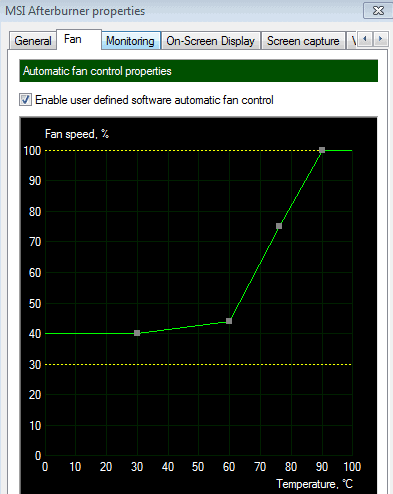 When you make changes to the fan speed, you need to monitor the temperature for a while to make sure that components do not overheat as a consequence. You also need to pay attention when you approach the warmer Spring and Summer period, as higher general temperature levels will have an impact on the PC as well. You may need to speed up the fan again in those periods depending on the location you life in, and the PC setup.

I'd like to hear about your experience, and of course suggestions for other programs that helped you tone down your PC to acceptable levels.

Previous Post: « Fix The Program Can't Start Because MSVCR100D.dll Is Missing From Your Computer.
Next Post: Bypass File Deletion Prompts In Windows »