This Has To Be The Most Ridiculous Adware Installer Ever - gHacks Tech News
ghacks.net

This Has To Be The Most Ridiculous Adware Installer Ever

I originally wanted to post a review of the image effect editor Vampix, but when I tried to install the software, I stumbled upon something else. The program setup did not include one, two, three or even four third party software offers. No, it included a total of five of them all neatly packaged in the installer with the last one being displayed on first program start.

I do get it when application developers want to make money with their applications. But bundling more than one or two offers, that's just insane. Users who do not pay attention may install all five of those offers, and while some may even themselves out in regards to changing the homepage and search provider, they still end up with programs on their system that they had no intention to install in the first place. Users who do pay attention on the other hand may get annoyed and even stop the installation of the application when they are fed up with the offers thrown at them.

Two versions of Vampix are offered on the developer's website. A version with and one without Relevant Knowledge. If you download and install the one without RK, you end up with four third party offers. Lets take a look at how this plays out:

First up is Relevant Knowledge. If you do not want to install it, select Decline and then next. 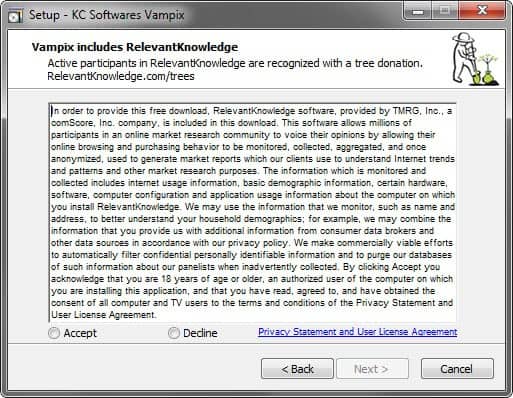 Next up is the Super Software package, uncheck the optional sponsor to exclude it from the installation. 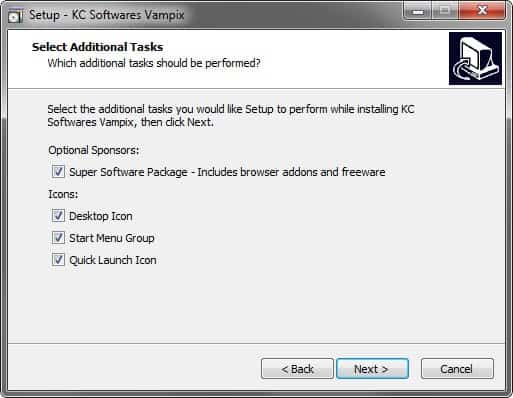 The third offer that comes up later on in the installer is the Babylon Toolbar which will be installed if you do not switch to custom installation. Make sure you also disable the homepage and default search engine change if you do not want it to be made on your system. 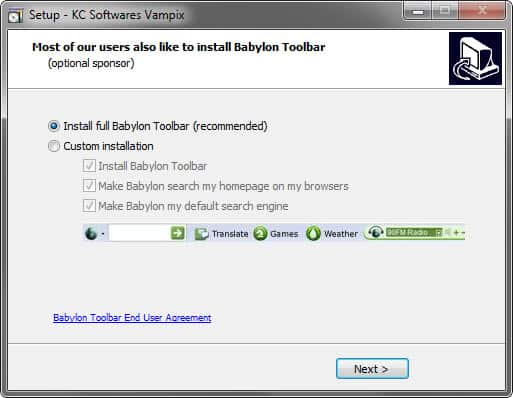 The third option is for Complitly which will also change the homepage and search provider. 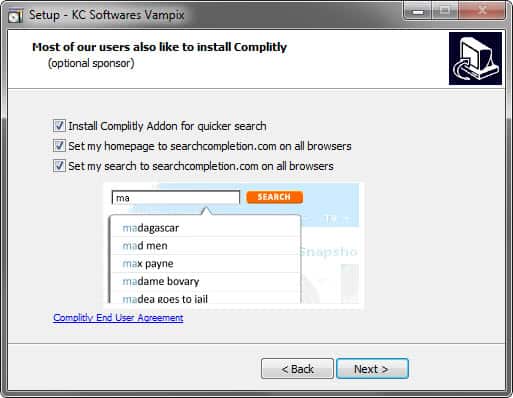 When you start the application for the first time afterwards, you'd be presented with the fifth and final option. This one will install the Cuivo Toolbar on the system if you do not hit the Decline button again. 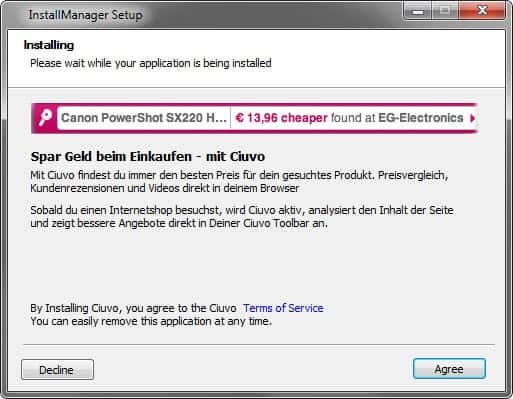 What's your take on this? Is that overkill?

Update: The author is offering versions of the applications without third party offers. I first overlooked the listing, it is right beneath the table of sponsored free software.