What Technology Will We Expect with Next Year's PCs and How Will it Affect Prices? - gHacks Tech News
ghacks.net

What Technology Will We Expect with Next Year's PCs and How Will it Affect Prices?

Smartphones and tablets have a lot to answer for, at least when it comes to making technology affordable for the public.  Since the launch of the first iPhone it's become not only accepted that sensors and other devices such as GPS, multi-touch capacitive screens, NFC, accelerometers, digital compasses and more should be included but we've come to expect, if not demand them.

As the next twelve to twenty four months goes on there will come more and they will be even more commonplace in portable computing devices than they are now.  Windows 8 supports more types of sensor than ever before too with technologies such as Kinect, NFC and more being integrated directly into the platform.  But what is this going to do for the prices of the computers that we buy and is it even affordable to do so?

The latest rumour is that ASUS is testing Kinect sensors built into the bezel of laptops.  This type of integration won't come as a surprise to many people and it's only to be expected.  This type of technology isn't cheap however and integrating it into a laptop will come at a cost penalty.  This is also at a time when PC makers are telling us that the profit margins on PCs and laptops are now so tight that they're beginning to focus on the high-end computing devices such as ultrabooks in order to get us to part with more cash. 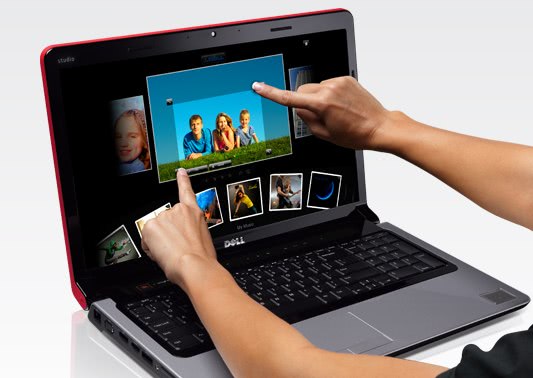 My own laptop contains a four-point capacitive touch screen, 3G SIM card slot, drop-sensing accelerometer, fingerprint reader, TPM chip and GPS.  It's a high-end model yes, but when you think about where consumers are now with technology it's likely that people will want to get these types of devices, along with Kinect, already integrated with their new computers, monitors and laptops, and that PC makers will capitalise on this fact to hike prices and push people towards buying even more expensive computers that improve their profit margins and balance sheets.

To be honest I firmly believe that some of these sensors are pretty much essential for work in the modern age.  3G/4G is one such example with mobile broadband now so ubiquitous.  GPS is also something that's extremely useful in a mobile device and security systems such as biometric fingerprint readers and Trusted Platform Module chips are now essential for any business laptop.

Then we have to face the fact that by the time Windows 8 launches or at least early in 2013, over 80% of new laptops will ship with a multi-touch screen.  Next year's consumer electronics show will be full of such devices and laptops packed with sensors and NFC readers of all description.  Each will have a use, every last one will be justifiable, and all will be more expensive than they are today.

So what is your attitude to sensors and extra tech on PCs?  Do you already have a laptop that includes some of these devices and do you use them?  I might not use my laptop's GPS a lot but the 3G module is used several times a week.  Are you happy that the prices of laptops seems to be steadily rising, at the same time as many are predicting the death of the traditional desktop PC with a tower that's easy to upgrade and cheap to build.  Why not let us know in the comments below.

Article Name
What Technology Will We Expect with Next Year's PCs and How Will it Affect Prices?
Description
Smartphones and tablets have a lot to answer for, at least when it comes to making technology affordable for the public
Author
mike halsey
Publisher
Ghacks Technology News
Logo

Previous Post: « Syria bans the iPhone
Next Post: Which Should I Keep, an HP TouchPad or a RIM Playbook? »