A court in the US might have to decide just how much a Twitter follower is worth after a Californian man took 17,000 followers with him after leaving a job.Â  Noah Kravitz, a writer was working for mobile phone website Phonedog.Â  While there he began tweeting under the name Phonedog_Noah about the company and its products in a public relations role where he gained the followers.

When he left the company though he took all those followers with him and Phonedog asked if he'd keep tweeting about them, to which he said "Sure" and changed the name of his account to NoahKravitz.

All was well for eight months until Phonedog announced that the Twitter followers amounted to a "customer list" and announced they were suing, seeking damages of $2.50 a month for each follower for each month since Mr Kravitz had left the company.Â  In total the suit was for $340,000. 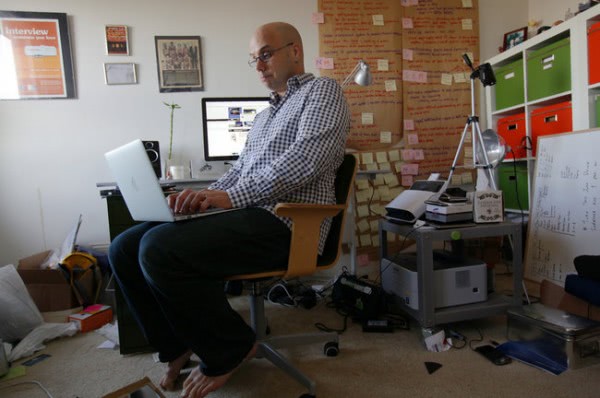 The suit is apparently in retaliation, according to the New York Times, for Mr Kravitz seeking 15% of Phonedog's website advertising revenue because of his position as a "vested partner" tweeting about the company and its products.

â€œIf it was to communicate with PhoneDogâ€™s customers or build up new customers or prospects, then the account was opened on behalf of PhoneDog, not Mr. Kravitz. An added complexity is that PhoneDog contends Mr. Kravitz was just a contractor in the related partnership/employment case, thus weakening their trade secrets case, unless they can show he was contracted to create the feed.â€

It's not uncommon for companies to hire bloggers to Tweet about their company and products with the New York Times citingÂ  Samsung as an example.

If it transpires that Mr Kravitz did open the account specifically to blog about Phonedog then he could well lose the case butÂ it will send interesting messages to both companies and members of the public who use Twitter to communicate about companies and their products.

It would also be interesting to see how the US legal system would value one individual Twitter follower in dollar terms.Â  It could be argued that if the standard online advertising rates apply equally to Twitter, which would seem logical, that $2.50 would mean each follower would have had to have clicked on of the company's links 250 times each month.Â  This is unlikely and any financial penalty that may be issued against Mr Kravitz could be significantly reduced because of this.

What is your opinion of this?Â  I tweet and blog all the time about the websites and the publishers I write for and I've never once thought that one of those companies might consider my own followers their own property.Â  Do you blog or Tweet about your or another company?

Previous Post: « Goddady Tries To Recover After SOPA PR Nightmare
Next Post: « Will You Clean out your Social Networks for New Year?